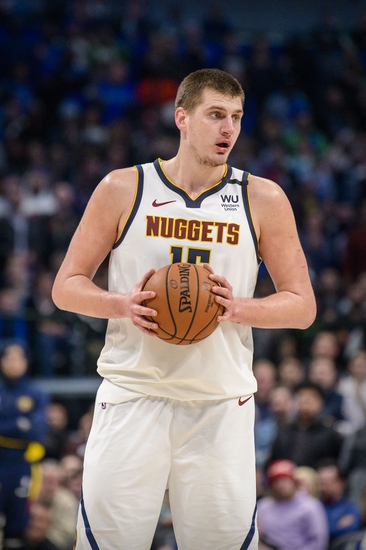 On Saturday, the Cleveland Cavaliers travel to Denver, Colorado for a game against the Nuggets in a matchup of teams from the Eastern and Western Conference.  In their last game, the Cavaliers were victorious against the Detroit Pistons by the score of 115-112 in overtime.  Tristan Thompson led the Cavaliers in points with 35 while shooting 15 of 20 from the field and 5 of 6 from the free throw line.  Thompson was also the leader in rebounds for Cleveland as he recorded 14, with 7 coming offensively.  Darius Garland led Cleveland in assists in the game with 7 while playing a total of 41 minutes against the Pistons.

The Cavs enter their game against the Nuggets with a record of 11-27 and are currently in 5th place in the Central Division.  Collin Sexton is the Cavs leading scorer and has averaged 18.5 points per game.  Tristan Thompson leads the Cavs in rebounds per game with 10.5.  Darius Garland leads the Cavaliers in assists per game with 3.3.  Cleveland enters Saturday’s game with 2 players listed on their injury report as Dante Exum is day to day while Kevin Porter Jr. is listed as out.

The Denver Nuggets welcome the Cleveland Cavaliers to town on Saturday after winning their last game against the Dallas Mavericks by the score of 107-106.  Nikola Jokic led the Nuggets in scoring in the game as he recorded 33 points while shooting 12 of 20 from the field and 5 of 8 from the free throw line.  Jokic also led the Nuggets in assists on the night with 7 while playing a total of 31 minutes against the Mavericks. Juan Hernangomez led Denver in rebounds on the night, pulling in a total of 7 which all came defensively.

The win against Dallas improved the Nuggets record to 26-11 on the season and the team is currently in 1st place in the Northwest Division.  Nikola Jokic leads Denver in points per game with 19.3 on the season.  Jokic is also the leading rebounder for the Nuggets as he is averaging 9.7 per game.  Jokic is also Denver’s leader in assists per game and is averaging 6.4 per game on the year.  Denver comes into Saturday’s game with 3 players listed on their injury report as Bol Bol is listed as out while Will Barton and Paul Millsap are listed as day to day.