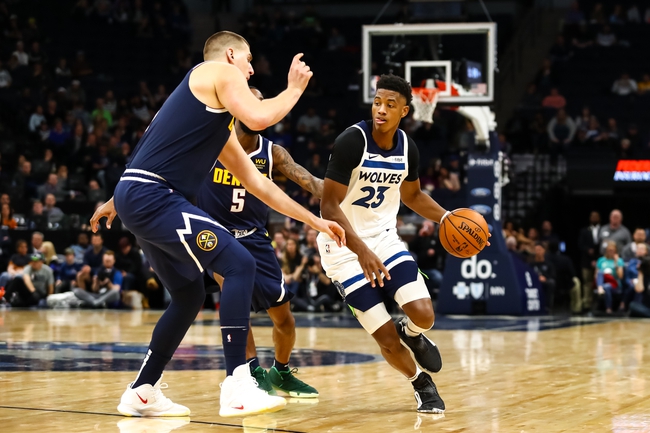 The Timberwolves are currently 10-16 on the season. The Timberwolves were one of the biggest positive surprise teams in the NBA. But this last month has seen the Timberwolves lose a ton of games, and now have fallen back down to earth. The talk of Karl Anthony Towns for MVP and Andrew Wiggins for the most improved player now seem much less likely after their run of eight games losing straight.

The Denver Nuggets are currently on a four-game winning streak, last defeating the Orlando Magic 113 - 104. The Nuggets were on a three-game losing streak before getting back on to their winning ways.

The Denver Nuggets were actually one of the surprisingly disappointing team, just a little bit ago. However, after their four-game winning streak, there has been a sense of improvement, and a sense that the Denver Nuggets have found what they were doing last season. The Denver Nuggets are now back atop the Northwest Division with a record of 18-8.

Minnesota is 9-16 ATS this season
Over is 4-0 in Timberwolves last four Friday games.
Denver is 11-12 ATS this season
Under is 5-1 in Nuggets last six home games vs. a team with a winning road record.

The Minnesota Timberwolves are playing their worst basketball of the season, and with a difficult team to beat at home like Denver, who are 12-3 at home, I don't think that things are going to get any better for the Minnesota Timberwolves in this one. I think the Denver Nuggets with Nikola Jokic and Jamal Murray, win this one and win this one comfortably. Final score prediction, Denver Nuggets win, but our best play is over 117 - 107.