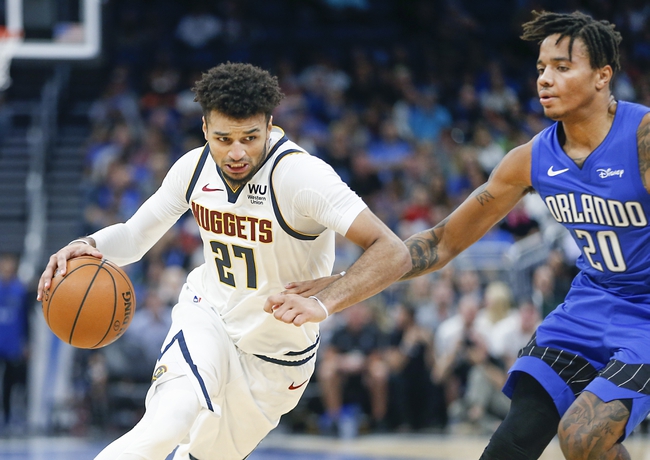 The Orlando Magic head to Denver on Wednesday for a game against the Nuggets, but first must play the Utah Jazz on Tuesday night in a matchup of teams from the Eastern and Western Conference.  In their last game, the Magic defeated the New Orleans Pelicans by the score of 130-119. Jonathan Issac led the Magic in points as he scored 21 on the night while shooting 7 of 11 from the field and 6 of 7 from the free throw line.  Isaac also led Orlando in rebounds on the night as he recorded 11 with 1 coming offensively.  D.J. Augustine was the leader for the Magic in assist on the night with 8 while playing 25 minutes in the game.

On the year, the Magic are now 12-14, good enough for 2nd place in the Southeast Division.  The Magic are led in points per game by Evan Fournier, who has averaged 20.0 points per game this season. Jonathan Isaac has led the Magic in rebounds per game as is averaging 7.3 per game.  D.J. Augustin is the team’s leader in assists per game and is recording 4.8 per game.  The Magic come into the game against the Jazz with a clean bill of health as they do not have any players listed on their injury report.

The win against New York improved the Denver Nuggets record to 17-8 on the season and the team is currently in 1st place in the Northwest Division.  Nikola Jokic leads Denver in points per game with 17.0 on the season.  Jokic is also the leading rebounder for the Nuggets as he is averaging 10.2 per game.  Jokic is also Denver’s leader in assists per game and is averaging 6.5 per game on the year.  Denver comes into Wednesday’s game with just 1 player listed on their injury report as Paul Millsap is day to day.

The Orlando Magic have scored 103.5 points per game while allowing 104.3 points per game.  The Denver Nuggets have scored an average of 106.5 points per game while allowing an average of 101.7 points per game.  As of Tuesday afternoon, Orlando is 2-3 in their last 5 games while Denver is 3-2 and has won 3 games in a row.  This will be the second game between these two teams as Denver won their last meeting in Orlando by the score of 91-87.  I will be going with Denver to win this one as they have been the better team on the season and will be playing ay home.  However, I will be going with Orlando to cover the spread as the Magic have shown more than enough offensive promise on the season to keep up with a team like the Nuggets.  Denver wins 111-105 but Orlando cover the spread.