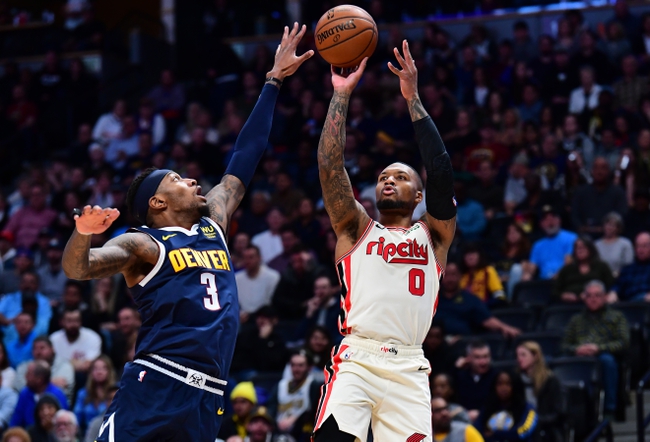 In the Nuggets loss to the Pistons, Denver was led offensively by Nikola Jokic. Jokic recorded a triple-double, finishing with 39 points, 10 rebounds, 11 assists, while adding 3 steals.  Denver connected on 50% from the floor and 31% from 3-point range.  The Nuggets out rebounded Detroit, 47 to 43.  Denver had the largest lead between the two teams, as the Nuggets led by 21 in the game.  The Nuggets trailed by 3 points at the half.

Trail Blazers are 4-1 ATS in their last 5 games.

Trail Blazers are 3-8 ATS in their last 11 games against Denver.

Nuggets are 4-1 ATS in their last 5 home games.

The over is 9-4 in Nuggets last 13 games against Portland.

The Trail Blazers look like they have turned a page on this season and have look good over their last handful of game.  Portland has won 4 straight and 5 of their last 6.  During those games, Portland has wins over: Pacers, Rockets, Lakers, and Jazz.  Those 4 teams have a combined record of 131-64. The Nuggets just lost on the road to a Pistons team that is 15 games below .500.  I'll side with Portland to outright win on the road and keep their success going, 116-112.