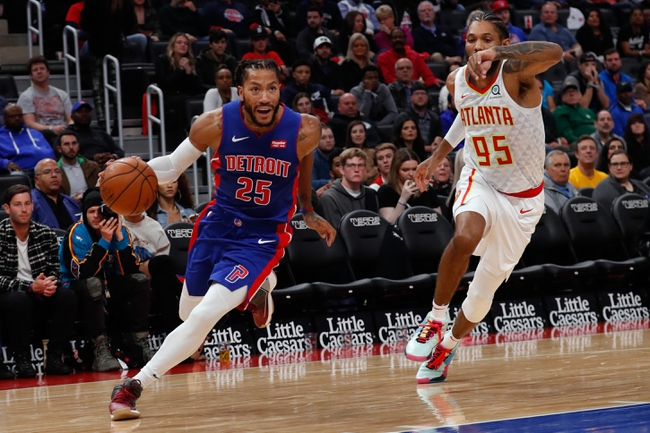 In the Hawks loss tot he Bucks, Atlanta was guided by De'Andre Hunter.  Hunter registered a double-double, notching 27 points and 11 rebounds in the game.  The Hawks made almost 46% of their attempts from the floor, while making 45% of their shots from deep.  The Hawks were out rebounded 54 to 53 in the loss.  Both teams scored an equal 50 points in the paint.  Atlanta trailed by as many as 19 points in the game.

In the loss to the Bulls, the Pistons were guided by Derrick Rose.  Rose was 5 of 11 from the floor, while making 8 of his 9 free throw attempts, totaling 18 points.  Andre Drummond pulled down a team high 14 rebounds.  The Pistons struggled from the floor, making just 33% of their shots and 24% from 3-point range.  Detroit got out worked on the glass, being out rebounded 69 to 54.

Hawks are 2-6 ATS in their last 8 games overall.

The Hawks are 5-1 ATS in their last 6 meetings, while the road team is 4-1 ATS in the last 5 matchups.  Both teams are kind of a mirror of one another.  Each team is 4-10 and both teams are averaging 107 points per game. The Hawks have lost 4 in a row, while the Pistons have lost 5 in a row.  The Pistons are awful defending the 3, ranked 28th.  However, the Hawks aren't any better shooting the 3, the Hawks rank 29th in 3 point percentage offensively. Flip the script, the Pistons are 3rd in the league in 3-point shooting percentage, while the Hawks are 16th in defending the 3 ball.  I look for Luke Kennard to have a good game shooting wise.  Final score prediction, Pistons will win and cover.