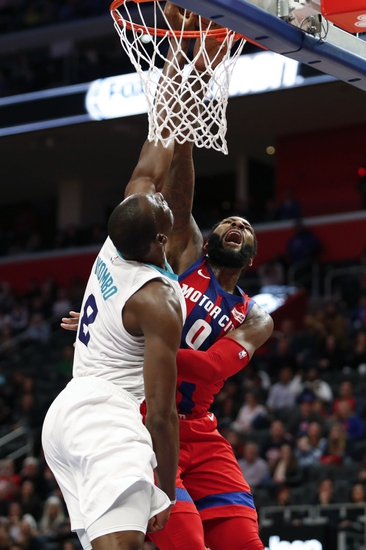 In the Pistons loss to the Knicks, Detroit was guided offensively by Christian Wood.  Wood registered a double-double, finishing with 17 points and 11 rebounds.  The Pistons connected on 49% from the floor and 45% from 3-point range.  The Pistons were smoked on the boards, being out rebounded 47 to 28.  Detroit committed 16 turnovers in the loss.

Hornets are 5-0 ATS in their last 5 games against Detroit.

Both teams have been scuffling to say the least, as Charlotte has lost 9 of their last 10, while the Pistons have lost 8 of 10.  The Hornets have controlled this series, having won 9 of the last 10 matchups.  Charlotte doesn't have a great scoring offense, averaging less than 103 per game, that ranks 30th.  Detroit is scoring 108.5 per contest, while having the 5th best 3-point percentage.  The Hornets rank 19th in defending the 3.  I'll side with the Pistons at home, as Detroit should see some open looks from distance.  Final score prediction, Pistons will win and cover,