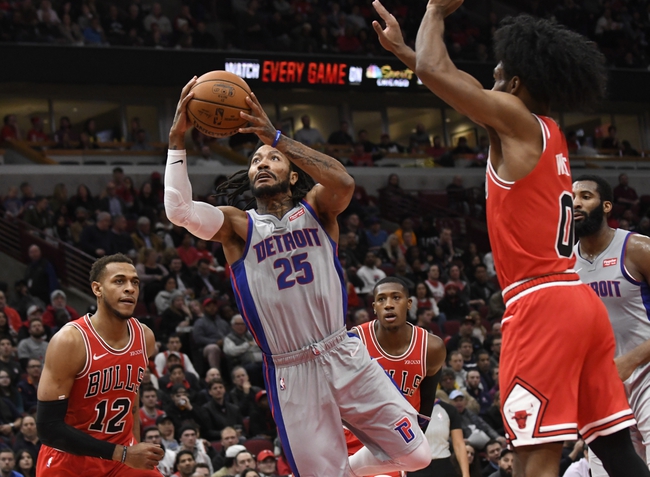 The Bulls are 10-19 on the season and are in fourth place in the Central Division. The Chicago Bulls are still struggling as of late, with the team in a rebuilding season; they are just looking to see what they have with the likes of Zach LaVine, Coby White, and Wendell Carter Jr. However, the Chicago Bulls might be without both Zach LaVine and Wendell Carter Jr. in this one due to injuries.

The Detroit Pistons are on a two-game losing streak, losing to the Toronto Raptors and the Washington Wizards Wizards, both by large margins.

The Pistons are 11-17 on the season and are dealing with back to back games, hoping to finally get some wins. It's not that the losses, or the losing streak, are all that's surprising for Detroit, it's the margin that they're losing by. The Detroit Pistons are being blown out of games, and they're going to be without Blake Griffin possibly as well as Luke Kennard. The injuries to Kennard and Griffin could drastically change how this game will go.

These teams have not had a good season this year, and are both dealing with injuries to their star players, so it will be a toss-up. Both teams should be up for this game, as this is a rare game where either team could easily take this one. However, I think the combination of Derrick Rose and Andre Drummond will be enough for the Pistons, even while they face back to back games. Final Score Prediction, Detroit Pistons win 102-97.