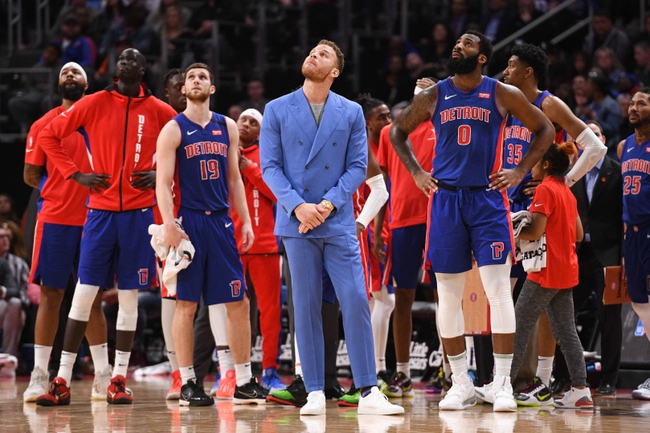 The Cleveland Cavaliers travel to the Little Caesars Arena to take on the Detroit Pistons. The Pistons have lost their last two games, the most recent loss in overtime to the Brooklyn Nets, falling 121-111 and moving their record on the season to 17-30. Cleveland has dealt with team turmoil this season and comes in having won just two of their last ten games and on a seven-game losing streak. Their last time out, Cleveland was beaten by the Chicago Bulls losing 118-106 to drop their record on the season to 12-34 on the year.

The Pistons come in averaging 109.4 points per game which rank 20th in the NBA but are shooting 46.6% from the field which ranks 10th in the NBA. Leading the Pistons in scoring is veteran guard Derrick Rose who averages 18.8 points per game while also leading the team with 6 assists per game. Manning the paint is Andre Drummond who averages a double-double with 17.3 points and a league-high 15.8 rebounds while efficiently shooting 52.7% from the field.

Both the Cavaliers and Pistons are one of the worst bets in the NBA this season with the Cavaliers coming in with a 19-25-2 record ATS on the year. Cleveland has struggled as of late, having covered the spread in just two of their last seven games. The Pistons are 17-28-2 ATS on the season and come in with a 6-14 ATS in their last twenty games. Final score prediction, the Pistons win the game outright but Cleveland keeps it close and covers the spread with an 113-110 final score.