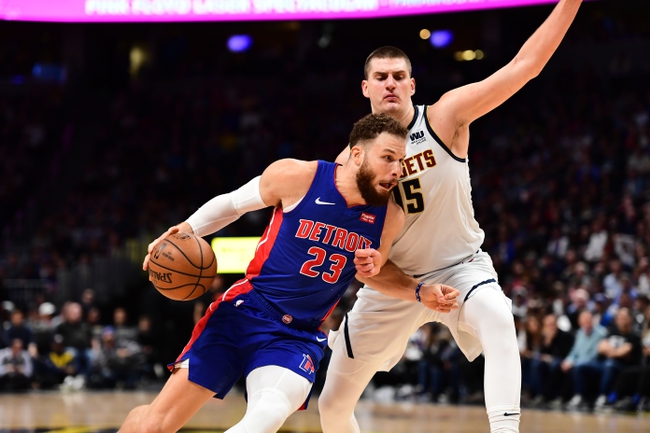 In the Nuggets win over the Bucks, Denver was guided on offense by Will Barton.  Barton recorded 24 points, 7 rebounds, and 8 assists.  The Nuggets connected on 48% from the floor and 48% from 3-point range.  The Nuggets won the game, due to their ability to knock down the 3, connecting 22 times.  The Nuggets out scored the Bucks from deep, 66 to 36.

In the Pistons loss to the Raptors, Detroit was led throughout the game by Andre Drummond.  Drummond secured a double-double, finishing with 20 points and 20 rebounds.  The Pistons converted on 35% from the floor and 31% from 3-point range.  The Pistons struggled on defense, allowing Toronto to hit on 52% from the floor

Nuggets are 1-5 ATS in their last 6 games against Detroit.

Pistons are 1-7 ATS in their last 8 home games.

Denver has been one of the better road teams in the league, as the Nuggets have gone 15-9 on the road.  The Pistons are just 9-17 at home.  The Pistons have lost 5 in a row and 6 of their last 7.  The Pistons are averaging just under 109 per game, but will be going up against a tough Denver defense.  The Nuggets defense will be able to keep the Pistons below average offense in check.  Final score prediction, Nuggets will win and cover, 110-105.