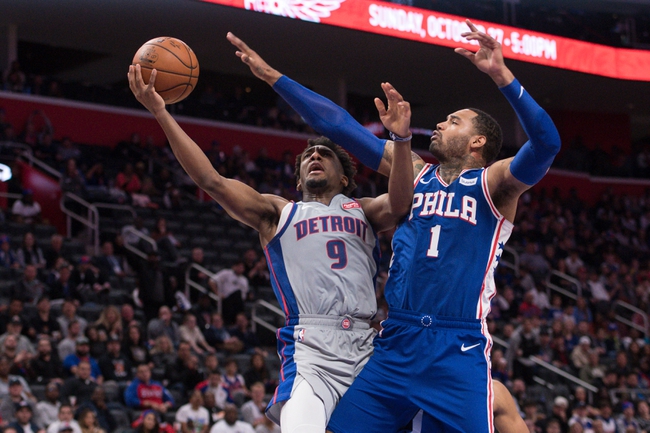 Malcolm Brogdon has managed to average a double double this year with 26 points being scored and 10.5 assist a game. Myles Turner is leading the Pacers in the rebounding department with 10 boards a game.

Detroit is most likely happy to see the Pacers coming to town. After beating the Pacers to open the year the Pistons lot the next 2 games. Granted, the last loss against the 76ers was a close loss in relation to the loss the team had against the Hawks it was still a loss by 6 points 117-111, which dropped the Pistons record to a 1-2 mark.

Derrick Rose is the leading scorer for the Pistons with 25.3 points a game and 5 assist a game. Andre Drummond is cleaning up the glass for the Pistons to the tune of 15.7 boards a game on the year.

The Pacers are struggling this season and while the Pacers have done decent at scoring and getting Brogdon to lead the team the Pacers have not done much else offensively  and have already lost once to the Pistons in Indiana. Look for the Pistons to come into the game and bounce back nicely in this game to bring home a win. Final Score Prediction, Detroit Pistons win 118-102.