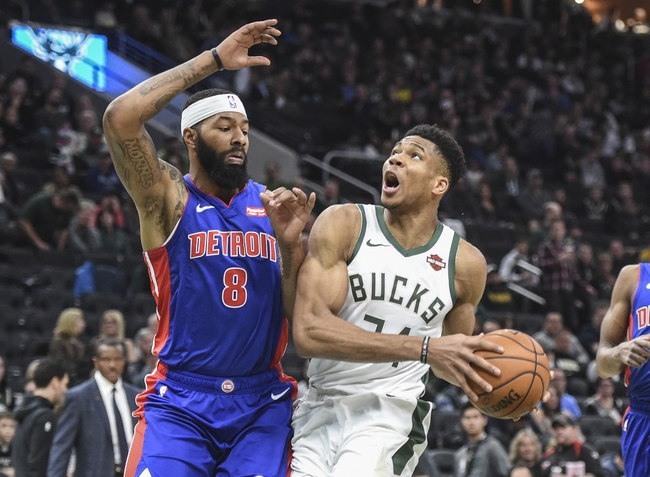 In the Pistons win over the Spurs, Detroit was led on offense by Christian Wood.  Wood had a career high 28 points, knocking down 11 of his 14 attempts from the floor.  Andre Drummond added 9 points and 16 rebounds.  The Pistons shot 59% from the floor and 48% from distance.  Detroit out scored the Spurs from behind the arch, 45 to 21.  The Pistons never trailed in the game.

The under is 4-1 in Bucks last 5 vs the Eastern Conference.

Pistons are 6-2 ATS in their last 8 home games.

The favorite is 13-3-2 in the last 17 matchups.  Milwaukee has the highest scoring offense in the league, averaging nearly 212 per game.  The Bucks have the highest offensive field goal percentage team in the league, while the Pistons are the 22nd worse defensive in field goal percentage.  The Bucks have won 9 of the last 10 matchups against the Pistons.  The last time these two teams faced each other, the Bucks won 104-90.  While the Bucks have a high powered offense, last time these teams played, it was low scoring. Final score prediction, Milwaukee will win and the total goes under.