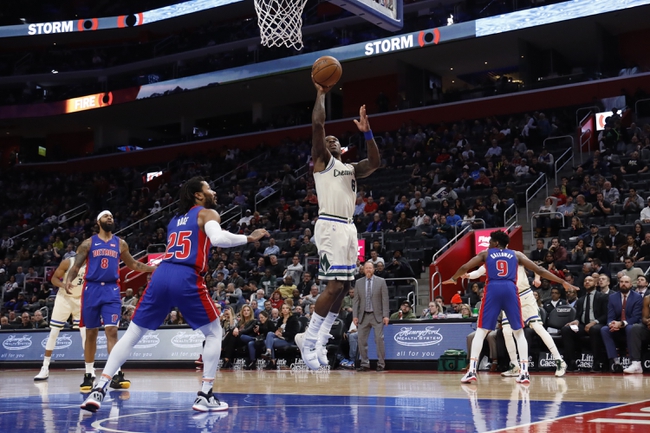 The Milwaukee Bucks and Detroit Pistons meet Thursday in NBA action at the Little Caesars Arena.

The Milwaukee Bucks have won each of the last 10 meetings against the Pistons and nine of those 10 victories were decided by double digits. The Milwaukee Bucks win on the road by an average of 11 points, while the Pistons are 11-18 ATS at home and 21-35-1 ATS on the season. The Pistons just aren't a backable team without Kennard and Griffin on the court, and the roster got even worse with the release of Reggie Jackson. I hate laying massive numbers in this league, but it's the Bucks and the chalk or pass.

The pick in this article is the opinion of the writer, not a Sports Chat Place site consensus.
Previous Pick
Team LeBron vs. Team Giannis - 2/16/20 NBA All-Star Game Pick, Odds, and Prediction
Next Pick
Atlanta Hawks vs. Miami Heat - 2/20/20 NBA Pick, Odds & Prediction