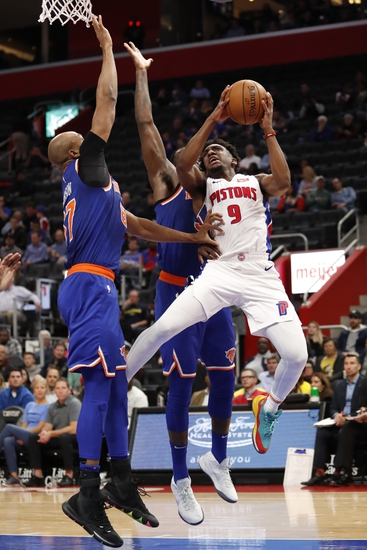 In the Knicks win over the Magic, New York was led on offense by Elfrid Payton.  Payton recorded 15 points, 4 rebounds, and 9 assists, while adding 7 steals.  The Knicks shot 47% from the floor and 30% from deep.  The Knicks forced 20 turnovers in the game, which helped the Knicks attempt 17 more shots in the game. The Knicks trailed by 7 points going into the 4th quarter.

In the Pistons win over the Suns, Detroit was guided throughout the game by Andre Drummond.  Drummond had a double-double in the game, finishing with 31 points and 19 rebounds, while adding 4 assists.  The Pistons converted on 48% from the floor and 43% from 3-point distance.  Detroit out rebounded Phoenix, 42 to 37.  The Pistons won the game from inside the paint, out scoring the Suns  66 to 52.

The Knicks have won 3 in a row, while the Pistons have won 2 of their last 3.  Neither offense is lighting up the scoreboard, as neither team is averaging more than 108 per game.  One area of note, the Knicks are the 30th ranked 3-point defense, while the Pistons are the 4th best 3-point offensive shooting team.  The Knicks trade Marcus Morris yesterday.  Final score prediction, Pistons will win and cover.