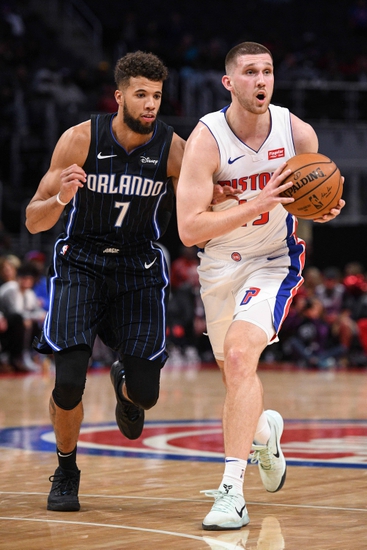 Pistons are 4-1 ATS in their last 5 home games.

The favorite is 4-0 ATS in the last 4 matchups.  The over is also 7-2 in the last 9 meetings when playing in Denver.  The Magic have lost two in a row and are now without Nikola Vucevic.  The Magic already had a poor offense , ranking 29th in points scored per game, now with Vucevic out, it will only get worse.  The Pistons are shooting the 3 ball at a 39% success rate, that ranks 2nd in the league.  The Magic rank 12th in defending the 3.  Due to the lack of offense Orlando has, I will side with Detroit.  Orlando is also 0-6 on the road.  Final score prediction, Pistons win and cover, 109-103.