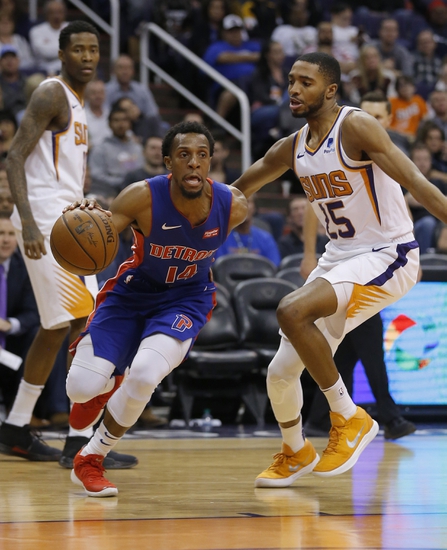 In the Suns loss to the Nets, Phoenix was guided throughout the game by Deandre Ayton.  Ayton secured a double-double, finishing with 25 points and 17 rebounds.  The Suns converted on 43% from the floor and 35% from 3-point range.  The Suns struggled to defend the perimeter, allowing the Nets to connect 15 times from distance.  Phoenix was out scored from 3-point range, 45 to 18.

Suns are 0-5 ATS in their last 5 games against Detroit.

Pistons are 8-3 SU in their last 11 February games.

Both teams have a losing record with their home and away losing splits for this matchup.  The Pistons have won 8 of their last 10 matchups against the Suns.  Both teams have been struggling to say the least, as Phoenix has lost 4 of their last 5 and the Pistons have lost 6 of their last 7.  The under is 13-11 on the road for the Suns, while the under is 19-8 for the Pistons at home.  With both teams struggling and seeing the under has been profitable for both teams in this situation, I'll take the under.  Final score prediction, Pistons will win and the total goes under,