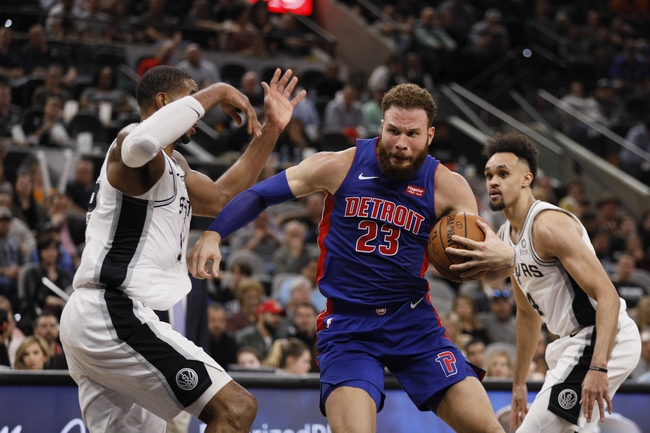 The San Antonio Spurs head to Detroit, Michigan on Sunday for a game against the Pistons in a game between a team from the Eastern Conference and a team from the Western Conference.  In their last game, San Antonio was victorious, beating the Los Angeles Clippers by the score of 107-97.  Lamarcus Aldridge led the Spurs in points, scoring 17 while shooting 5 of 13 from the field and 7 of 8 from the free throw line.  Aldridge also led the Spurs in assists in the game against Los Angeles, recording 7 while playing a total of 31 minutes.  DeMar DeRozan led the Spurs in rebounds, pulling in 9 total, with 1 coming offensively.

San Antonio is now 7-13 on the season and are currently in 3rd place in the Southwest Division.  DeMar DeRozan leads the Spurs in points per game with 21.7. DeRozan is also leading San Antonio in assists per game as he is averaging 4.7.  Lamarcus Aldridge has been the Spurs most productive rebounder and has averaged 6.7 per game this season.  The Spurs come into Sunday’s game with 1 player listed on their injury report as Chimezie Metu is listed as day to day.

The Detroit Pistons welcome the San Antonia Spurs to town after losing their last game to the Charlotte Hornets by the score of 110-107.  Derrick Rose led the Pistons in points in their game against the Hornets, recording 23 points while shooting 8 of 12 from the field and 4 of 6 from the free throw line.  Andre Drummond had a monster night on the boards for Detroit, pulling in a team leading 19 rebounds which included 8 coming offensively.  Bruce Brown led the Pistons in assists on the night as he recorded 5 while playing a total of 26 minutes in the game.

San Antonio has scored an average of 111.5 points per game this season, while allowing 114.3 points against.  Detroit has averaged 106.9 points per game on the year while allowing 109.2 points per game.  Both teams are 2-3 in their last 5 games coming into their matchup on Sunday.  I am going to go with the Pistons in this one due to the fact that they have a better defense than the Spurs and San Antonio will have a rough night against Andre Drummond. I am also going with the Pistons because Detroit is 5-4 at home this year while San Antonio is 2-7 when playing on the road.  Detroit wins 112-108 and covers the spread.