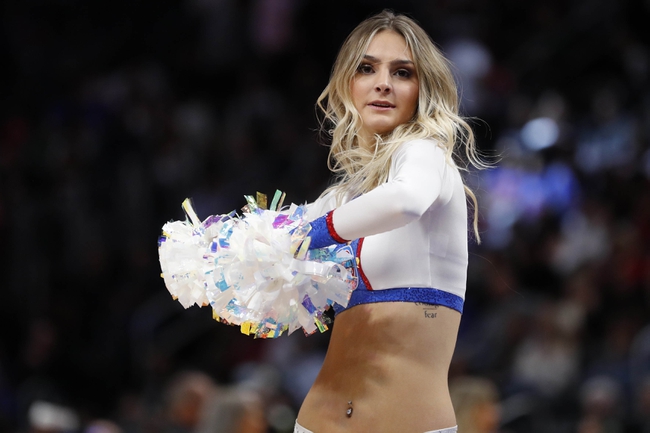 Toronto is looking to protect the championship this year and sitting on an 18-8 record overall with a 7-5 road record definitely could help the Raptors out. The Raptors in their last game picked up an easy win by 20 points over a Cavaliers team that has not been that impressive on the year so far. In fact, the Raptors are 3-2 in their last 5 games overall.

The Raptors are heading into the game here with an offense that is consistent, but not overly impressive with only 111.7 points per game being scored. The defense is the strength of the Raptors giving up only 105.7 points a game. The rebounding for Toronto is sitting at 46.3 boards a game while getting 25.2 assist a game.

The struggles of Detroit have mainly come on the road, but in the latest game the Pistons were crushed by the Wizards who are not that great of a team. What else does not help the Pistons out is the fact that the health of Blake Griffin and Andre Drummond both is questionable with them both being listed as day to day. The Raptors are fairly healthy and have been able to overcome their injuries fairly easily. Final Score Prediction, Toronto Raptors win 112-105.

The pick in this article is the opinion of the writer, not a Sports Chat Place site consensus.
Previous Pick
Los Angeles Clippers vs. Phoenix Suns - 12/17/19 NBA Pick, Odds, and Prediction
Next Pick
Oklahoma City Thunder vs. Memphis Grizzlies- 12/17/19 NBA Odds, Pick, & Prediction