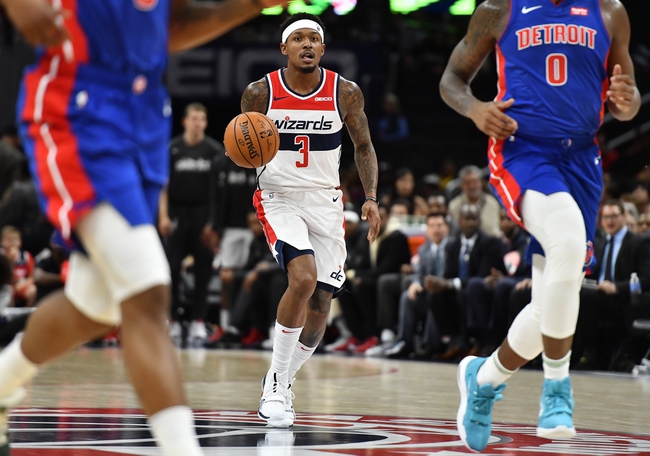 In the Wizards loss to the Grizzlies, Washington was led on offense by Bradley Beal.  Beal connected on 8 of 23 attempts from the floor, while making 8 foul shots, registering 29 points and 10 rebounds.  Beal's performance secured him a double-double for the game.  The Wizards shot 42% from the floor and 37% from 3-point range.  The Wizards finished with an assists to turnover ratio of, 22 to 18.

Pistons are 5-2 ATS in their last 7 games in December.

The under is 4-1 in Pistons last 5 games vs the Wizards.

The Wizards have hit a severe rough patch, losing 4 in a row and 7 of their last 8 games.  The Pistons have put together a solid stretch over the last 7 games, going 5-2.  The Pistons have solid wins over the Rockets and Pacers in that stretch.  The Wizards like to score, but don't like playing much defense, ranking 30th in points allowed.  However, Andre Drummond and Blake Griffin are questionable to play in this matchup, so with those two more than likely not being at 100%, I'll take the Wizards to cover.  Final score prediction, Pistons win and the Wizards cover, 116-112.