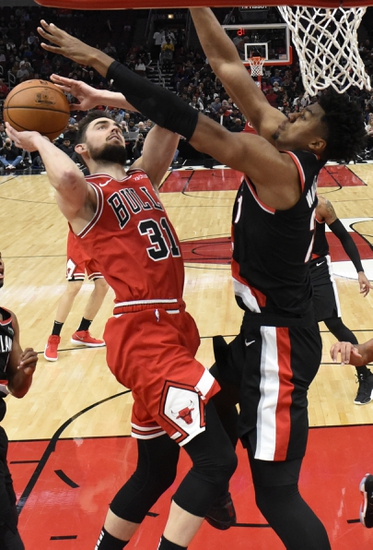 There was a time when Michael Jordan played for Chicago and Kevin Durant played for the Warriors that would make this matchup a lot more interesting than it is this year. But instead, two of the worst teams in the league will face off on Wednesday when the Chicago Bulls (6-12) travel to San Francisco to take on Golden State (3-15) at the brand new Chase Center.

With less than a quarter of the season gone, Golden State finds itself an amazing 12.5 games behind the Los Angeles Lakers for the top spot in the Western Division, a spot that was regularly held by the Warriors in recent years. But with free agency and injuries taking all of Golden State’s top players this year, the Warriors have won just one of their last 11 games and getting blown out 120-94 by the Lakers and 142-94 by Dallas along the way.

The most recent loss came in a 100-97 loss to another team that has been successful recently, but who is struggling this year in Oklahoma City. In the loss, which marked the Thunder’s first road win of the year, only eight Warriors saw playing time, with Glenn Robinson III leading the way with 25 points and Ky Bowman added 24 points in the win. Eric Paschall added 13 points with 10 rebounds, and Jordan Poole came off the bench to score 11 points with six rebounds. Golden State did shoot 45.0 percent from 3-point range, but only 41.6 percent from the field.

Chicago comes in splitting its last four games, equalling its best stretch of the season so far. The Bulls won on the road at Charlotte by a single point and against Detroit at home by 20. In that stretch, there was also an eight-point loss to Miami and a 23-point loss to Portland in Carmelo Anthony’s first big game of the year for the Trail Blazers.

Both teams have losing records against the spread, but there is simply no way that anyone should take Golden State, especially with a number as small as two points. The Warriors have only kept within two points of one opponent in their last 11 games and a Chicago team that gets its best work done on the road on offense should have no problem pulling away. Take Chicago and while they pull away from the Warriors, imagine how great this game would have been if it was between the best teams in each franchise’s history.