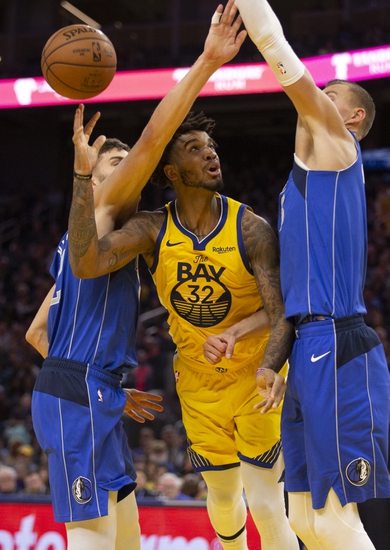 In the Mavericks win over the 76ers, Dallas was led throughout the game by Luka Doncic.  Doncic secured a double-double in the win, totaling 19 points and 12 assists.  The Mavericks shot 51% from the floor and 41% from 3-point range.  Dallas dominated the boards, out rebounding Philadelphia, 66 to 47.  Dallas out scored Philadelphia from the charity stripe, 18 to 8.

In the Warriors loss to the Grizzlies, Golden State was led in scoring by D'Angelo Russell.  Russell connected on 12 of 24 attempts from the floor, hitting 5 foul shots, finishing with 34 points.  Warriors shot 38% from the floor and 50% from deep.  Golden State committed 22 turnovers, which helped lead to Memphis taking 8 more shots offensively. The Warriors gave up 18 offensive rebounds.

Mavericks are 6-0 ATS in their last 6 Warrior games.

Mavericks are 5-15 SU in their last 20 games against the Warriors.