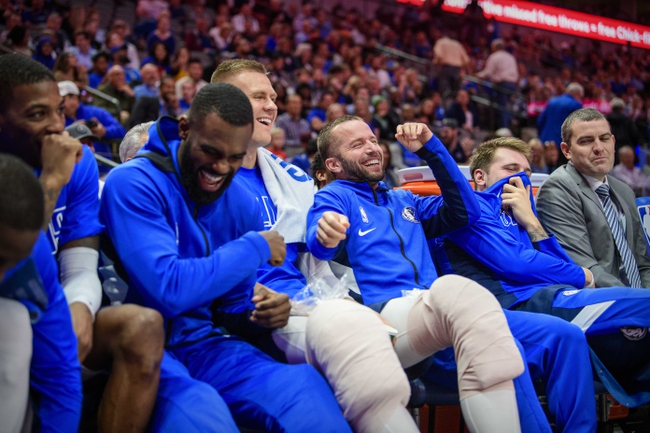 The over is 19-11in Mavericks games thus far.

The Mavericks have split their last 8 games, going 4-4.  The Warriors have won their last 3 games, with wins over: Houston, Minnesota, and New Orleans.  The Warriors seem to be catching some stride here, as some of the the players off the bench have figured out their role.  However, the Mavericks have been a great road team this season, having gone 11-3 to this point.  Dallas is a better road team than when at home.  The Warriors are 5-10 at home.  The Mavericks are scoring nearly 119 points per game on the road, that is the 3rd best road offense.  I'll side with Dallas on the road.  Final score prediction, Mavericks will win and cover, 115-102.