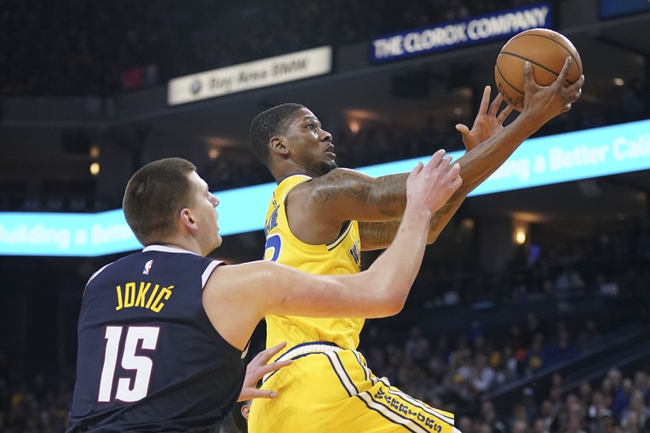 The Denver Nuggets head to San Francisco, CA on Thursday for a game against the Golden State Warriors, but first must play the Charlotte Hornets on Wednesday. In their last game against the Los Angeles Clippers, the Nuggets won by the score of 114-104.  Nikola Jokic led the Nuggets in scoring in the game as he recorded 20 points while shooting 6 of 14 from the field and 5 of 6 from the free throw line.  Jokic also led the Nuggets in assists on the night with 6 while playing a total of 31 minutes against the Clippers. Jokic also led Denver in rebounds on the night, pulling in a total of 15, including 2 coming offensively.

The win against the Clippers improved the Nuggets record to 27-12 on the season and the team is currently in 1st place in the Northwest Division.  Nikola Jokic leads Denver in points per game with 19.3 on the season.  Jokic is also the leading rebounder for the Nuggets as he is averaging 9.9 per game.  Jokic is also Denver’s leader in assists per game and is averaging 6.4 per game on the year.  Denver comes into Wednesday’s game with 4 players listed on their injury report as Bol Bol and Paul Millsap are listed as out while Gary Harris and Jamal Murray are listed as day to day.

The Golden State Warriors welcome the Denver Nuggets to town on Thursday in a matchup of teams from the Western Conference.  In their last game, Golden State was defeated by the Dallas Mavericks by the score of 124-97. Jordan Poole led Golden State in scoring on the night as he totaled 17 points while shooting 6 of 12 from the field and 2 of 4 from the free throw line.  Glenn Robinson III led the Warriors in rebounds on the night totaling 7 in the game with 2 coming offensively.  D’Angelo Russell led the Warriors in assists on the night as he recorded 8 in the 34 minutes that he played against the Mavericks.

On the year, Golden State is now 9-33 and are a far cry from the team they have been in years past.  The Warriors are currently in 5th place in the Pacific Division.  Alec Burks leads the Warriors in points per game on the year with 15.7.  Golden State’s most productive rebounder has been Draymond Green who has averaged 6.3 rebounds per game.  Green also leads Golden State in assists per game with an average of 5.5.  The Warriors come into Thursday’s game with 3 players listed on their injury report as Kevon Looney and Klay Thompson are listed as out while Jacob Evans is day to day.