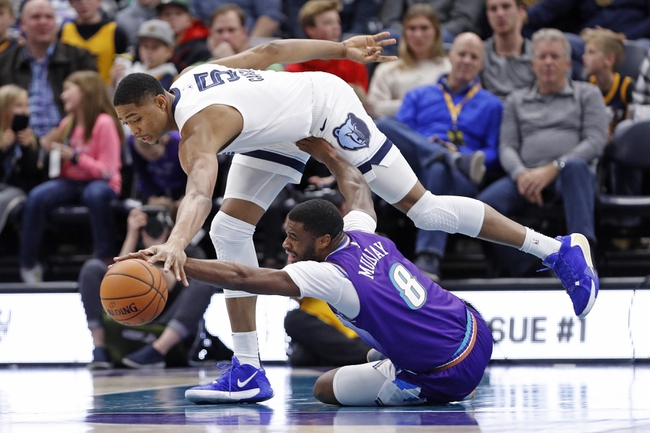 This Grizzlies go west to San Francisco, California to take on the Golden State Warriors at the chase Center on Monday. The Memphis Grizzlies have lost three straight games this season, last losing to the Utah Jazz, giving up 22 points did Donovan Mitchell in the process.

The Grizzlies will still be without leading scorer, ja Morant who has been arguably the best rookie this entire season. Grizzlies have not been great at their 6-16 on the season, so losing Jama went could really affect this team if he's out for a while. Luckily for Memphis, they still do have Jaren Jackson Jr to put up the points, and Jonas Valanciunas to get the rebounds.

It's no secret that the Golden State Warriors have been dismantled by injuries, and that they have not been a good team whatsoever. Eric Paschall has been a leading scorer for them in many games, Something that nobody thought when the season started. The Warriors are 5-19 on the season, and the worst team in the NBA. The Warriors are even terrible at home as they have only won two of their five games at home. Not the start that they would want going into a new stadium.

I think this game is going to be closed, there's going to be no crazy amount of star power in this one, and we won't even get to see Ja Morant, but the Grizzlies do have some good young pieces. I think Jaren Jackson Jr has a big game here and propels them for a very close victory. Final score prediction, Memphis Grizzlies win, but our best play is under 110 - 105.