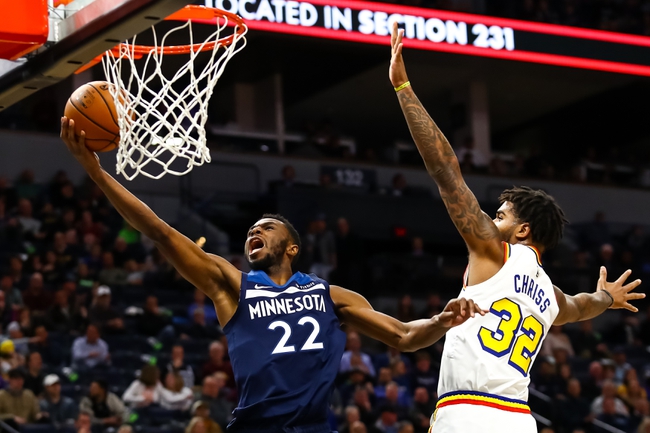 At the beginning of the season, the Minnesota Timberwolves were one of the surprise teams of the NBA. Andrew Wiggins looked like he had finally found himself, Jeff Teague was playing well, and Karl Anthony-Towns was an MVP candidate. Karl Anthony-Towns has done well this season still, but the Minnesota Timberwolves have been an awful team defensively as of late, and with each passing game, they're falling deeper and deeper out of contention for the playoffs. It is night and day how different this Minnesota team is from the beginning of the season to now.

The Golden State Warriors are 6-24 on the season, and due to all of their injuries, they have become one of the worst teams in the NBA. This game will be interesting for the Warriors as there have been rumors floated around about D'Angelo Russell being traded to Minnesota to pair up with Karl Anthony-Towns.

Minnesota is 10-17 ATS this season

Over is 5-1 in Timberwolves' last six road games vs. a team with a losing home record.

Golden State is 13-17 ATS this season

Under is 5-1 in Warriors last six home games vs. a team with a losing road record.