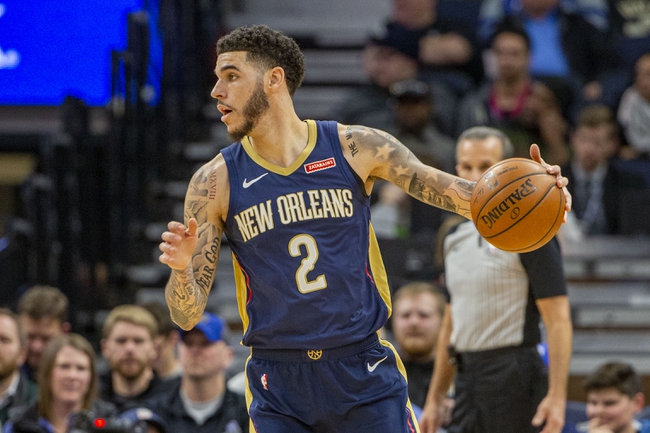 The New Orleans Pelicans travel to the Chase Center to take on the struggling Golden State Warriors. The Warriors have lost nine of their last ten games and have lost five straight games. Their most recent loss was to the Portland Trailblazers 122-112 to drop to 5-24 on the season. The Pelicans have struggled to a start the season and has also lost nine of their last ten games but got back in the win column their last time out winning on the road against the Timberwolves 107-99 to improve to 7-22 on the season.

The Warriors have struggled with injuries of key players including Steph Curry and DeAngelo Russell earlier in the season. Russel has only started 17 games this season but averages 21.8 points and 6.2 assists to lead active roster members in both categories. Glue guy Draymond Green has struggled this season scoring the ball averaging only 8.9 points but adds 6 rebounds and 5 assists in 28 minutes per game. The once electrifying back court and high-scoring Warriors have been missing this season as the Warriors average only 104.6 points per game which ranks 26th in the NBA.

The Pelicans are led by rising star Brandon Ingram who leads the team in both points with 25.3 points and 7 rebounds per game. Leading the Pelicans in assists is Jrue Holiday with 6.6 assists per game and adds 19.4 points. The Pelicans offense has been a strong suit scoring 112.2 points per game which ranks 10th in the NBA this season.

The lack of depth on the Warriors due to injuries of two key back court players, Jrue Holiday will look to score the ball. Both teams have been bad against the spread as of late with the Warriors losing four of their last five games ATS. The dominance of Brandon Ingram inside will be too much for the shorthanded Golden State Warriors. Final score prediction, Pelicans win and cover the spread with a final score of 116-110.