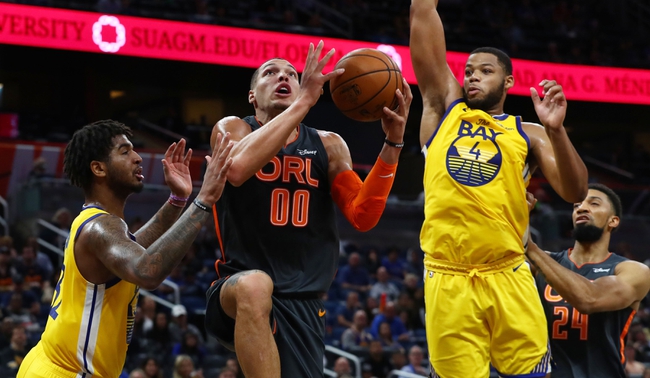 The Orlando Magic goes to San Francisco, California, to take on the Golden State Warriors at the Chase Center on Saturday. The Orlando Magic are coming off of a massive loss to the Los Angeles Clippers. However, the Magic have done well recently, even defeating the Los Angeles Lakers in their previous game, and have won three of their last five games.

The Warriors are 9-33 on the season and currently hold the record for the worst NBA record. The Warriors loss of Steph Curry and Klay Thompson have destroyed their season, and the Warriors are likely to rebuild this season and be back to their elite status next year with a healthy backcourt.

Neither team is amazing, but I do think that the Orlando Magic are playing much better basketball at the moment and may have found some rhythm in their team. The Orlando Magic has the second-worst points per game average, but the best points allowed per game average, so their defense and their focus on D’Angelo Russell will be critical for the Magic to win this game. I think this game will be close, but because of Fultz’s improved play and the Magic’s elite defense, they win a close game. Final Score Prediction, Orlando Magic win 115-112.