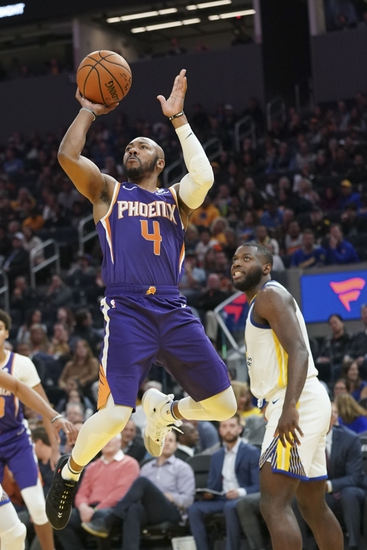 Suns are 6-3 ATS in their last 9 games against the Pacific division.

The Warriors have put together their best stretch of play on the season, having won their last 3 games.  Golden State has seen good defense during this stretch, having allowed 104 points or less in the three games.  The Suns have hit a rough patch, having lost 7 in a row.  The Warriors have a lot of confidence riding into this matchup, especially after knocking off the Rockets.  The Suns are allowing over 115 points per game on the road.  I like the Warriors to continue this win streak.  Final score prediction, Warriors will outright win, 111-108.

The pick in this article is the opinion of the writer, not a Sports Chat Place site consensus.
Previous Pick
Orlando Magic vs. Philadelphia 76ers - 12/27/19 NBA Pick, Odds & Prediction
Next Pick
Denver Nuggets vs. Memphis Grizzlies-12/27/19, NBA, Odds, Pick, & Prediction