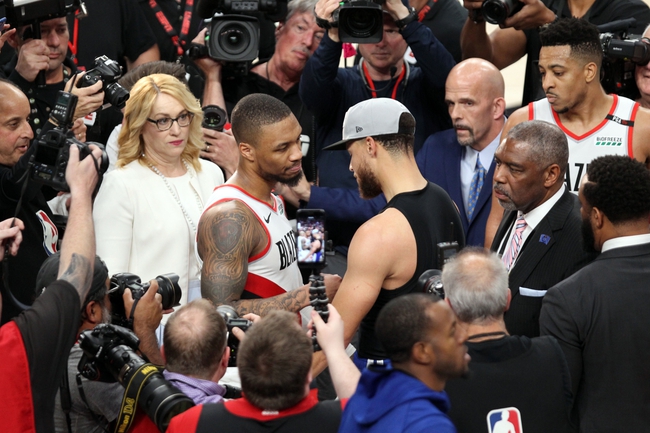 Trail Blazers are 4-0-1 ATS in their last 5 games overall.

Trail Blazers are 5-0 ATS in their last 5 road games.

The over is 4-1 in the Trail Blazers last 5 games.

The Trail Blazers have the 2nd best 3 point shooting percentage offensively in the league.  Defensively the Warriors have the 26th worse  3 point defense in the league.  Even though the Trail Blazers have been bad in the last 33 meetings AST(10-23) when playing Golden State, I am going to roll with Portland anyway.  The Warriors just aren't the same without their super stars and have been having to reach further down the bench for production. The Warriors defense also gives up an average of 120 points. The Trail Blazers 3 point shooting will be the reason for a Portland cover.   Final score prediction, Trail Blazer win and cover, 122-106.