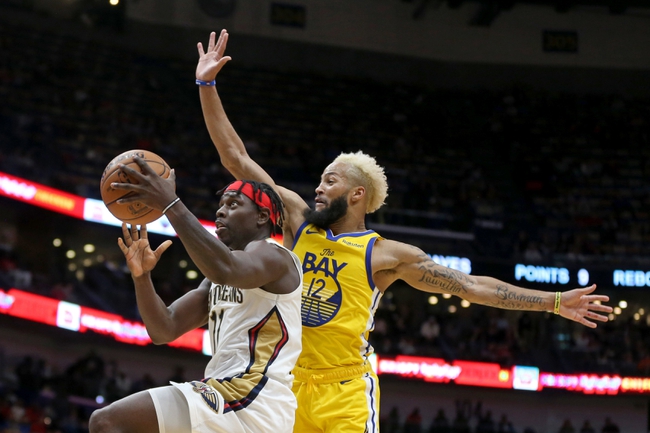 In the Kings loss to the Knicks, Sacramento was guided on offense by Buddy Hield.  Hield collected a double-double in the game, finishing with 34 points and 12 rebounds.  The Kings shot 47% from the floor and 43% from 3-point range.  The Kings had a huge lead in the game, leading by as many as 16 points, before being out scored by 10 points in the 4th quarter.

The under is 4-1 in Warriors last 5 home games.

The Kings are 5-0 ATS in their last 5 matchups when playing at Golden State.  The Kings have won 3 of their last 4 games, while the Warriors have lost 3 in a row.  The Kings have looked good lately, thanks to great play from Buddy Hield over the last couple games.  The Warriors have yet to show any signs of consistency on offense.  I'll side with Sacramento on the road, as the Kings have profited ATS lately.  Final score prediction, Kings will win and cover, 109-104.