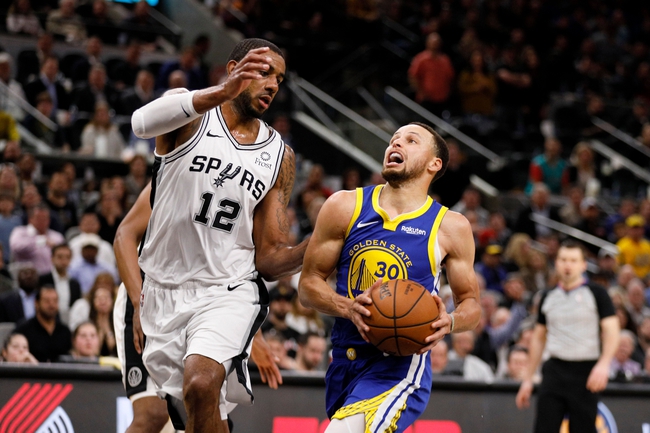 The San Antonio Spurs stay on the road in their California road trip to face the Golden State Warriors.  The Spurs come into this road matchup with a (3-1) record. The Spurs are trying to get back on track, after their 3 game win streak was snapped in a 103-97 loss to the Clippers.  The Warriors who are (1-3) to start the season and are in unchartered territory.  The Warriors lost to the Suns 121-110 in their last game.

In the loss to the Clippers, the Spurs were led by DeMar DeRozan with 29 points and 7 rebounds.  DeRozan was 13 of 21 from the field.  Derrick White finished with 20 points and 2 assists in 25 minutes of the bench.  The Spurs turned the ball over more then the Clippers to a tune of 18 to 12.  The Spurs shot 66% from the floor and lost their first game of the season.  This was the Spurs first road game of the season.

Spurs are 1-6 ATS in their last 7 games vs the Pacific.

The over is 4-1 in the Warriors last 5 Friday games.