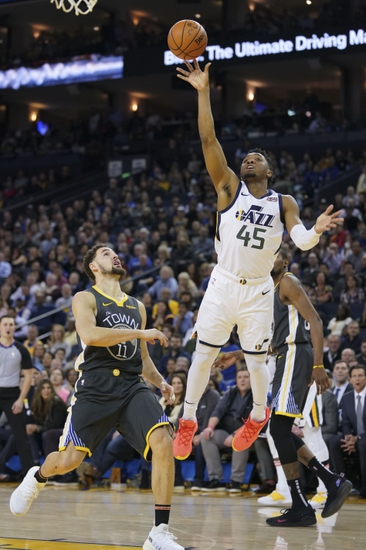 In the win over the Bucks, the Jazz were led by Bojan Bogdanovic.  Bogdanovic recorded 33 points on 9 of 19 shooting and making all 10 of his free throw attempts.  Mike Conley added 20 points and 3 assists in the win.  Royce O'Neale contributed a double-double, netting 11 points and pulling down 11 rebounds. The Jazz shot 40% from the floor and 41% from 3-point range.  The Jazz were out scored in the paint 46 to 32.  The Jazz committed 20 turnovers.

The over is 4-0 in the Warriors last 4 overall.

The pick in this article is the opinion of the writer, not a Sports Chat Place site consensus.
Previous Pick
New Orleans Pelicans vs. Houston Rockets - 11/11/19 NBA Pick, Odds, and Prediction
Next Pick
Indiana Pacers vs. Oklahoma City Thunder-11/12/19 NBA, Odds & Prediction