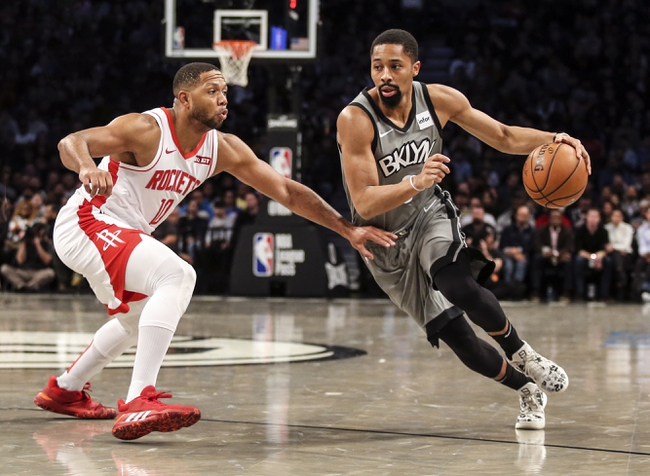 The Brooklyn Nets head to Houston, Texas, on Saturday to the Toyota Center to face off against the Houston Rockets. The Brooklyn Nets are coming off of a loss to their state rival, New York Knicks. The Nets made only eight two-point shots against New York, which is the worst performance since the 1950s.

The Nets have struggled with injuries this season, which has resulted in a record of 16-14, and it shows the inconsistency the Nets have displayed on the floor. Through injuries, and being up and down defensively, the Brooklyn Nets are still looking for an identity.

The Houston Rockets are coming off of a tough loss to the Golden State Warriors, who are not the same team they used to the be. The Warriors Damion Lee torched the Rockets with 22 points to send Houston with a sour taste in their mouth on Christmas.

The Houston Rockets have typically been a good team, resulting in a 21-10 record, and their superstar James Harden is having another MVP year. It will be interesting to see if the loss to the Warriors was a fluke or if there is trouble to come in Houston.

Nets are 9-1 ATS in their last ten games following an ATS loss.

Rockets are 9-1 ATS in their last ten games playing on two days rest.

Both teams are eager to get the bad taste out of their mouths of embarrassing losses. Both the Rockets and Nets are coming off of losses to two of the absolute worst teams in the NBA. The Nets can contest that they lost because they are not healthy, while the Rockets have less of an excuse. However, injured or not, the Nets had one of the worst offensive performances in recent memories, and I think that the Houston Rockets can simply our score the Nets in this game without much worry of anything else. Final Score Prediction, Houston Rockets win 117-100.