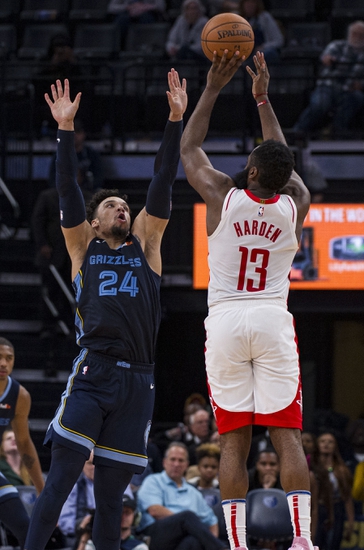 A casual fan might walk into Toyota Center on Wednesday night expecting to see star power when the Golden State Warriors (2-5) take on the Houston Rockets (4-3), but that fan would be sorely mistaken. For the Warriors, Stephen Curry and Draymond Green are out while D’Angelo Russell is questionable.

Who does that leave? Well, that leaves James Harden, and that is probably all Houston will need to cover the outrageous 17 points. If Russell Westbrook plays -- he was held out Monday night to rest -- it will be double trouble for a Warriors team that has been absolutely ineffective on defense. In fact, both of these teams have been awful on defense so far this year and they represent two of the three worst teams in scoring defense in the NBA with the Warriors allowing 120.4 points per game and the Rockets giving up 123.1 points per game.

Golden State has been a mess, as expected after losing so many stars to free agency and injury, but it has been better as of late. On Saturday, the Warriors lost to Charlotte but held the Hornets to just 93 points. Golden State followed with a win over Western Conference power Portland by a score of 127-118, setting a season-high in scoring along the way.

Houston jumped out to an impressive start to the season going 3-1 with its only loss coming against Milwaukee but has struggled after that third win -- a 159-158 victory over Washington. Back-to-back losses to Brooklyn (123-116) and Miami (129-100) brought the Rockets down to .500, but Houston rebounded with a 107-100 victory over Memphis on Monday. The reason for the slump is most likely four road games in six days, but it is still something to watch moving forward.

Seventeen is a ridiculous number, and the problem is that either Golden State will continue its strong play and lose by single digits, or Houston will win by 35. There’s always been something to be said about home cooking, and while the Warriors have been playing well, they haven’t seen Harden. Watch this game on ESPN -- it might be an incredibly high scoring one for the Houston guard.

Say it without laughing: Take Houston minus 17.