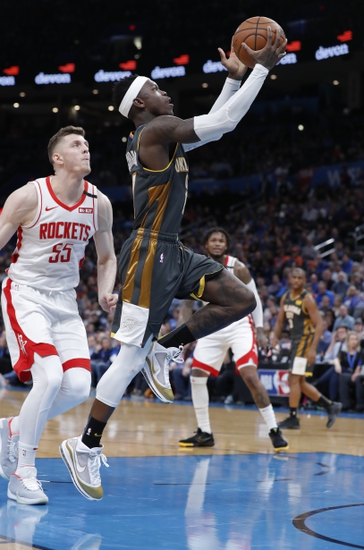 The Thunder are 24-19 on the season and have proven to be a fighting team, playing much better than most had thought. The Thunder were considered one of the candidates to tank, but they have shown a ton of promise and have a bright future with Shai Gilgeous-Alexander as the face.

The Houston Rockets are coming off of a three-game losing streak, losing to the Memphis Grizzlies, the Portland Trail Blazers and the Los Angeles Lakers all by at least nine points or more. The Rockets have still won five of their last ten.

The Rockets are 26-15 on the season and are the sixth seed in the Western Conference at the moment. Their seeding is a little lower than most people thought, given the addition of Russell Westbrook. The Rockets still put up a ton of points, with James Harden averaging a league-high 37.1 points per game.

This will be a simple game of offense versus defense. The Houston Rockets have one of the most prolific offenses in the league, scoring the second-most points per game. While the Oklahoma City Thunder have a much better defense, with the 12th best points allowed per game average in the NBA. There's obvious emotion added to this as Russell Westbrook is playing against his former team, and just six games ago, the Oklahoma City Thunder defeated the Houston Rockets in Russell Westbrook's return back to Oklahoma City. I do think that it's a little different now that it's in Houston, and I see the Rockets winning this one close. Final Score Prediction, Houston Rockets win 117 - 114.