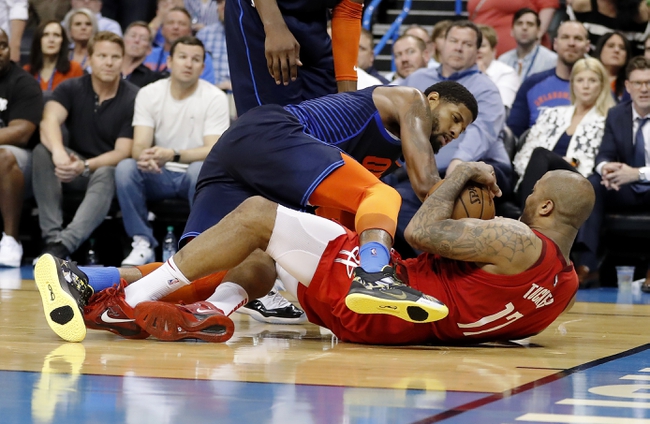 The Rockets were led by James Harden with 29 points.  The Points did not come easy for Harden, he shot 2 of 18 from 3 point range and 8 of 29 in total.  Harden was 11 of 12 from the free throw line.  Russell Westbrook recorded a triple-double in the win.  Westbrook netted 28 points, 13 assists and 10 rebounds.  PJ Tucker contributed 16 points in the game.  All 5 of the Rockets starters finished in double figures.

The Thunder are 1-0 ATS this season on the road.

The Thunder are 4-1 ATS in their last 5 against Houston.

The Rockets are 0-2 ATS at home this season.

The Rockets are 1-5 ATS in their last 6 as the favorite.

The under is 4-1 in the last 5 when the Rockets play the Thunder.