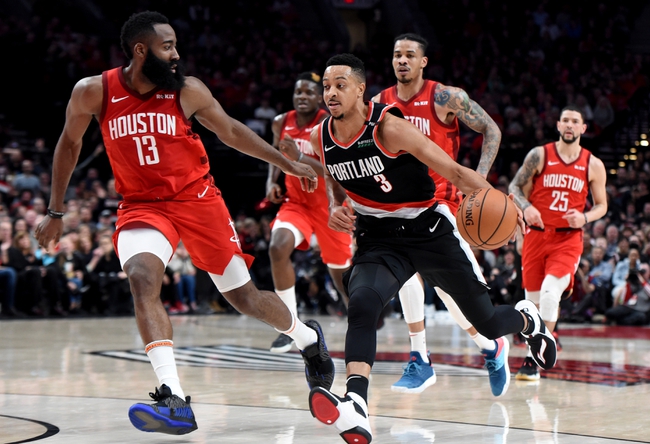 The Portland Trail Blazers travel to take on the Houston Rockets.  The Trail Blazers are (5-8), having beat the San Antonio Spurs 121-116 in their previous game.  The Rockets are (10-3), coming off a 125-105 win over the Minnesota Timberwolves.

Trail Blazers are 2-5-1 ATS in their last 8 games overall.

Trail Blazers are 4-0 ATS in their last 4 vs Southwest.

The over is 6-0 in trail Blazers last 6 Monday games.

Rockets are 6-1 ATS in their last 7 games overall.

The Rockets have won 7 of the last 10 meetings against the Trail Blazers.  Portland is 4-4 on the year on the road.  Both teams can light up the scoreboard from anywhere and both defense's rank in the lower third in points allowed.  Both teams are averaging over 112 per game.  With the amount of 3-point shooters that both teams have, I can see a high scoring game.  I'll be looking for the total to go over.  Final score prediction, Rockets win and the total goes over.