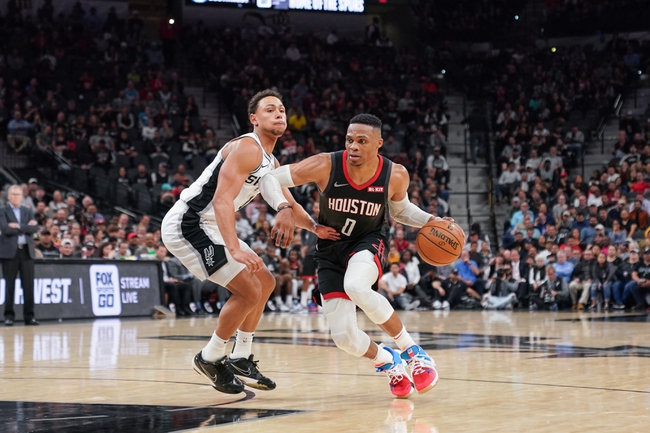 The Spurs are struggling on the year and that point was definitely proven a couple of games back when the Spurs were beaten by the Cleveland Cavaliers. However, the last game on the court for the Spurs was a 121-119 win over the Phoenix Suns. The win did allow the Spurs to improve to an 11-15 mark on the year.

This season has seen the Spurs offense sputtering along at 111.5 points per game. The defense for the Spurs is giving up only 115.5 point a game. When it comes to rebounding the Spurs have pulled down 45.6 boards a game with 24.3 assists a game.

The Houston team played on Friday and ended up picking up a massive win over Orlando by a score of 130-107. What is really impressive is the Magic do have one of the better defense’s in the league and it was completely picked apart. The win improved the Rockets to a 17-8 mark on the year and the Rockets are already sitting on a 9-3 record at home.

This year the Rockets have been an offensive powerhouse at 120.6 points a game. The defense is questionable at times with 114.6 points allowed per game. The rebounding for the Rockets has been done to the tune of 47.7 boards a game and 21.9 assist a game.

The Rockets have been very difficult to beat at home so far this year. What is even worse is the Spurs are not playing that well on the road. What else does not help the Spurs chances is the fact that the Rockets have one of the best offenses in the NBA that shredded a decent Magic defense. Look for the Rockets offense to carry the game and bring home the win. Final Score Prediction, Houston Rockets win and cover 125-111.