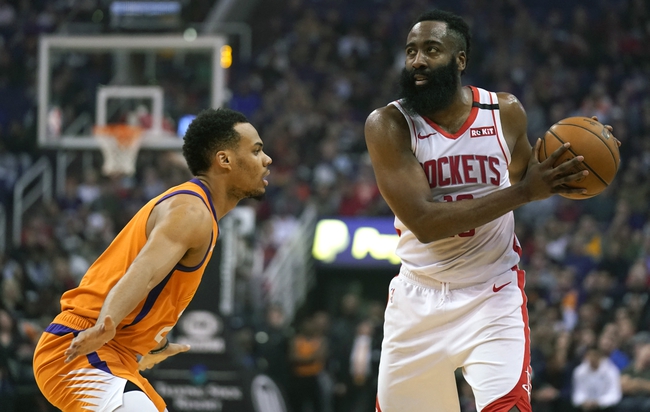 The Utah Jazz travel on the road to the Toyota Center to take on the Houston Rockets. The Jazz snapped a four-game losing streak their last time out with a home win over the Portland Trailblazers to improve their record on the season to 33-18. The Rockets have won seven of their last ten games but were dominated their last time out by the Pheonix Suns falling 127-91 to drop to 33-19 on the season.

The Rockets are one of the best offenses in the NBA averaging 118.3 points per game despite shooting just 45.1% from the field. Leading the Rockets and the NBA in scoring is iso specialist James Harden who is averaging an impressive 35.3 points per game while tying for the lead in assists with 7.3 per game and adding 6.4 rebounds. The Rockets traded leading rebounder, Clint Capella, away at the deadline so offseason acquisition Russel Westbrook leads the way with 8 rebounds per game while finishing second on the team in points with 26.7 per game.

The Rockets have struggled ATS on the season and come in with a 25-27 record ATS on the year while the Jazz is 24-25-2 ATS on the year and have failed to cover the spread in their last six games. Final score prediction, the Rockets small-ball new-look lineup pours in the points en route to a win and cover.