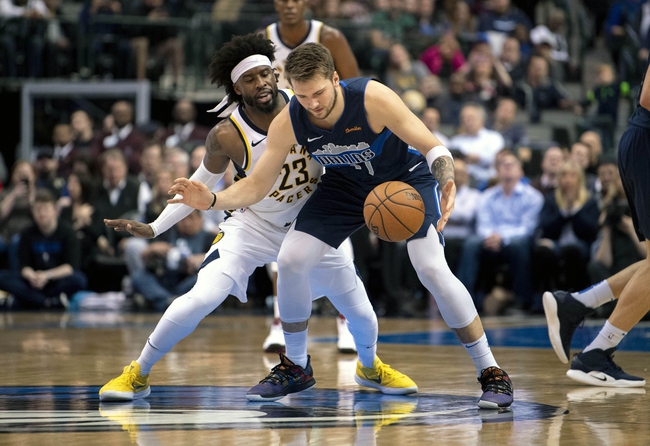 In the Mavericks win over the Hawks, Dallas was guided by Jalen Brunson.  Brunson registered 27 points, 4 rebounds, and 8 assists.  The Mavericks connected on 47% from the floor and 51% from 3-point range.  Dallas out rebounded Atlanta, 53 to 50.  The Mavericks won the game from distance, connecting 20 times, while allowing the Hawks to make just 10.  Dallas had 26 assists on 44 made baskets.

In the Pacers loss to the Knicks, Indiana was led offensively by Domantas Sabonis.  Sabonis recorded 25 points, 8 rebounds, and 2 assists.  The Pacers hit 42% from the floor and 33% from 3-point distance.  The Pacers hurt their chances, by allowing the Knicks to pull down 14 offensive rebounds.  Indiana was out rebounded, 57 to 34.

The over is 6-0 in Mavericks last 6 Central division games.

Pacers are 4-1 ATS in their last 5 home games against Dallas.

The Mavericks have been great on the road, posting a 16-7 record to this point.  Pacers are 18-6 at home.  Dallas has the 3rd ranked scoring offense, while the Pacers are 19th in offensive production.  Defensively, the Pacers have the edge, ranking 6th in scoring defense and 3-point defense.  The Pacers were just held to 85 points at home by the Knicks.  T.J. Warren is expected to miss this game for Indiana.  Final score prediction, Mavericks will outright win, 109-106.