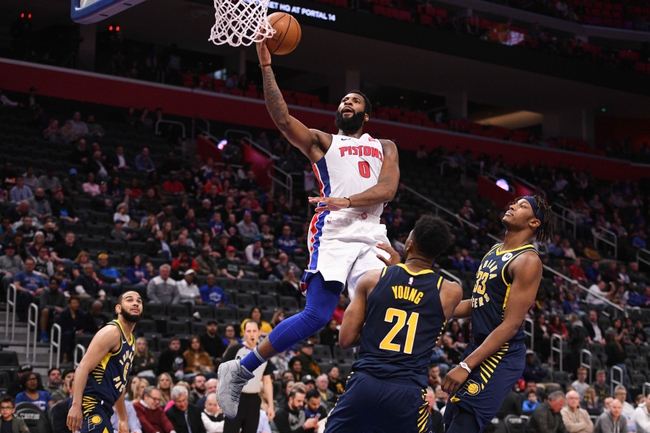 The Pistons projected lineup this season is Reggie Jackson, Bruce Brown, Tony Snell;, Blake Griffin, and Andre Drummond.  Derrick Rose and Luke Kennard should be in the mix as well.  However, Blake Griffin will be sidelined for a few games to start the season for the Pistons. Head coach Dwane Casey enters his 2nd season with Pistons.

When you look at the Pacers projected lineup it slates Malcom Brogdon at the point guard spot, with Victor Oladipo, T.J. Warren, Domantas Sabonis, and Myles Turner.  Jeremy Lamb and Doug McDermott are also expected to see plenty of playing time off the bench. Nate McMillan enters his 4th season as the head coach for the Pacers.

The Pacers were 23-20 ATS as the home favorite.

The under was 29-19 when the Pacers were the favorite.

When you look at these trends it would show that the under would be a good pick.  While the under could be a nice play, I'm going to take the Pacers here.  Why?  The Pistons are without Brice Griffin for the first few games and that is a big part of their offense.  Griffin is also a key part of the defense  when it comes to defending the paint.  I think the absence of Griffin ends up being enough to help the Pacers cover the spread in this one. Final score prediction, Pacers win and cover 106-98.