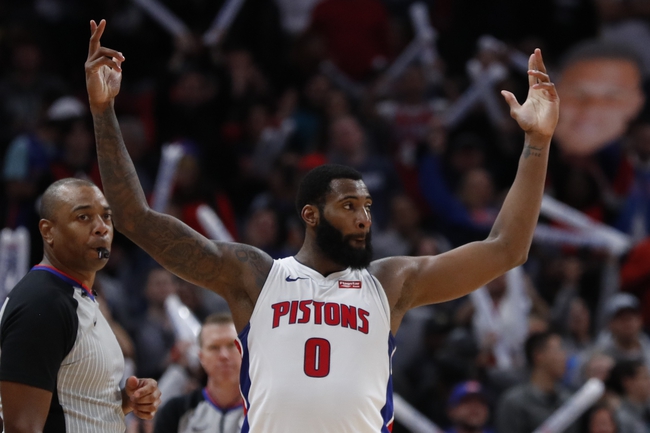 The Detroit Pistons hit the road for a matchup with the Indiana Pacers.  The Pistons are (4-5) on the season and are coming off a 122-102 win over the New York Knicks. The Pacers come into this home matchup with a record of (4-4) and most recently enjoyed a 121-106 win over the Washington Wizards.

The Pistons were led by Andre Drummond in the win over the Knicks.  Drummond finished with another double-double on the young season, scoring 27 points and pulling down 12 rebounds, while dishing out 7 assists.  Tony Snell was a perfect 9 of 9 from the floor, including 6 of 6 from 3 point range.  Snell totaled 24 points on the night.  The Pistons shot 55% from the floor and 50% from 3 point range in the win.  Detroit dominated the paint, out scoring the Knicks 54 to 42.  The Pistons led by as many as 25 points.

Pistons are 1-5 ATS in their last 6 road games.

Pistons are 5-12 ATS in their last 17 vs. the Eastern Conference.

Pacers are 4-1 ATS in their last 5 games overall.

The over is 7-2 in the Pacers last 9 Friday games.