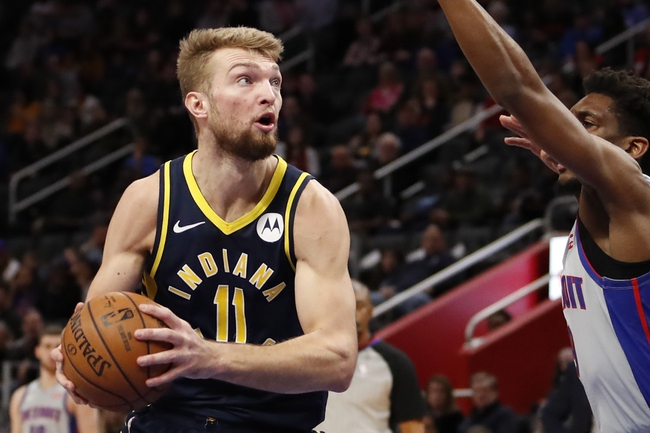 The Los Angeles Clippers head to Indianapolis, IN on Monday for a game against the Pacers in a matchup between the Eastern and Western Conference.  In their last game, the Clippers were defeated by the Milwaukee Bucks by the score of 119-91.  Kawhi Leonard led the Clippers in points on the night, scoring a total of 17 while shooting 5 of 14 from the field and 6 of 6 from the free throw line.  Leonard also led the Clippers in assists with 4 while playing a total of 30 minutes in the game.  Ivica Zubac led the Los Angeles in rebounds on the night as he recorded 12, including 6 offensively.

After the loss against Milwaukee, the LA Clippers are now 16-7 on the season and are currently in 2nd in the Pacific Division.  Kawhi Leonard has led the Clippers in points per game with season with 24.5.  Lou Williams leads the Clippers in assists per game with 6.2.  Los Angeles is led in rebounds by Montrezl Harrell who has averaged 8 rebounds per game.  The Clippers come into Monday’s game with 5 players listed on their injury report as Landry Shamet, Amir Coffey and Rodney McGruder are listed as out, while JaMychal Green and Patrick Patterson are listed as day to day.

The Indiana Pacers welcome the Los Angeles Clippers to town on Monday after winning their last game by the score of 104-103 against the New York Knicks.  T.J. Warren led the Pacers in points with 25, while shooting 10 of 19 from the field and 3 of 4 from the free throw line. Domantas Sabonis led Indiana in rebounds in the game with 15, 2 coming offensively.  T.J. McConnell led the Pacers in assists against the Knicks has he recorded 11 while playing 20 minutes in the game.

With the win, Indiana moved to 15-8 on the season which places them in 2nd place in the Central Division.  Malcolm Brogdon leads the Pacers in points per game and is scoring 19 points per game. Brogdon also leads the Pacers in assists per game with an average of 7.7.  Domantas Sabonis has led the Pacers in rebounds per game so far this season as he has averaged 13.1 per game.  Indiana enters Monday’s game with 4 players listed on their injury report as Edmond Sumner, JaKarr Sampson and Victor Oladipo are all listed as out, while Malcolm Brogdon is listed as day to day.