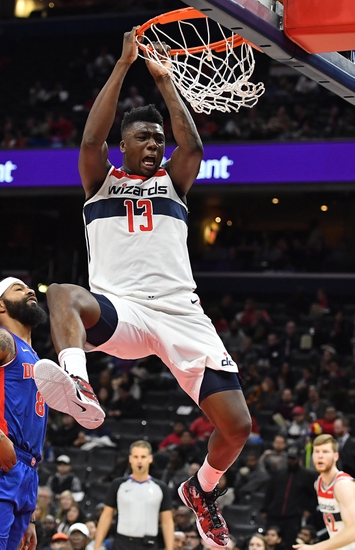 Indiana will face the tough gauntlet of playing an overtime game on Tuesday, traveling home, then playing Wednesday night when the Pacers (3-4) host the Washington Wizards (2-4) at Bankers Life Fieldhouse. Statistics vary, but teams on the second day of a back-to-back consistently lose more than they normally do. It makes things even tougher for Indiana as 5.5 point favorites.

The Pacers have done well this year without one of its best players Victor Oladipo, who is getting closer to returning from a knee injury but is not back yet. Domantas Sabonis, Edmond Sumner, and Myles Turner also missed the Charlotte game, but all except Sumner have been getting work in this week at practice. Oladipo has been listed as out for Wednesday night’s game, but Sabonis and Turner may return.

Indiana got off to a great start, leading Charlotte 35-20 after one quarter, but the game went to overtime when the Hornets outscored their opponents 35-21 in the fourth quarter before winning the game in overtime. With so many players out, T.J. Warren led the Pacers with 33 points and Malcolm Brogdon added 31 in the loss.

While Indiana hangs its hat on its defense (7th in NBA in scoring defense), Washington tries to outscore its opponents with a high-scoring offense, but a defense that allows a lot of points. The Wizards rank sixth in the NBA in scoring offense at 116.8 points per game, but just 26th in scoring defense at 117.7 points per game. That has led to some high-scoring affairs, such as a 159-158 loss to Houston or a 124-122 loss at San Antonio.

Most recently, the Wizards knocked off a depleted Detroit Pistons team 115-99 on Monday. Brandon Beal led the team with 22 points while five other players scored in double figures. Troy Brown Jr. came off the bench to score 14 points with 10 rebounds.

While Washington might not be off to a flying start, it’s hard to not pick the Wizards plus the points in this game. Think about it -- Indiana is already short four players, is coming off of an overtime game, and played in Charlotte one night before heading home to play another game. Washington is fresh and is coming off of an easy win over another depleted team. The Wizards plus 5.5 points is the only pick in this one.