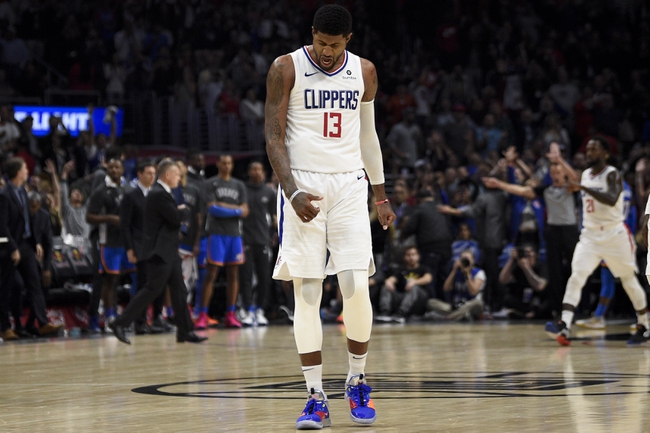 The Boston Celtics are set to visit STAPLES Center in Los Angeles, California for a cross-conference clash against the Los Angeles Clippers. The Boston Celtics come into this matchup with an 11-2 record, and they will be looking to continue their success after winning their recent road game against the Phoenix Suns, 99-85. Leading the way for the Boston Celtics was young forward Jayson Tatum as he recorded 26 points and 11 rebounds. All-star PG Kemba Walker had a productive game for the Celtics as he pitched in 19 points and 5 assists.

The Boston Celtics had a solid shooting game against the Phoenix Suns as they connected on 37 of their 89 field goal attempts (41.6%), but they were significantly worse from behind the three-point line (29.3%). The Boston Celtics won the turnover battle against the Phoenix Suns (19-17), and they edged out the Suns in the rebounding department (59-49).

The Los Angeles Clippers come into this matchup with a 9-5 record, and they will be looking to continue their success after winning their recent home game against the Oklahoma City Thunder, 90-88. Leading the way for the Los Angeles Clippers was reserve forward Montrezl Harrell as he recorded 28 points, 12 rebounds, and 5 assists off the bench. All-star SF Paul George had a productive all-around game for the Clippers as he pitched in 18 points and 7 rebounds.

The Los Angeles Clippers had a solid shooting game against the Oklahoma City Thunder as they connected on 35 of their 87 field goal attempts (40.2%), and they were significantly worse from behind the three-point line (27.8%). The Los Angeles Clippers were even with the Oklahoma City Thunder in the turnover battle (17-17), but they edged out the Thunder in the rebounding department (54-52).

The Los Angeles Clippers have been amazing ever since they received the services of Paul George, but they will get their biggest test yet as the Boston Celtics are one of the best in the NBA. Boston has an electric group of scorers as Kemba Walker, Jayson Tatum, and Jaylen Brown combine for an average of 63.1 PPG, but they also have a ton of depth similar to the Clippers. The Boston Celtics have been good on the defensive side of the court this season as they rank 7th in the NBA in points allowed, and they will ride their hot streak with a win here.