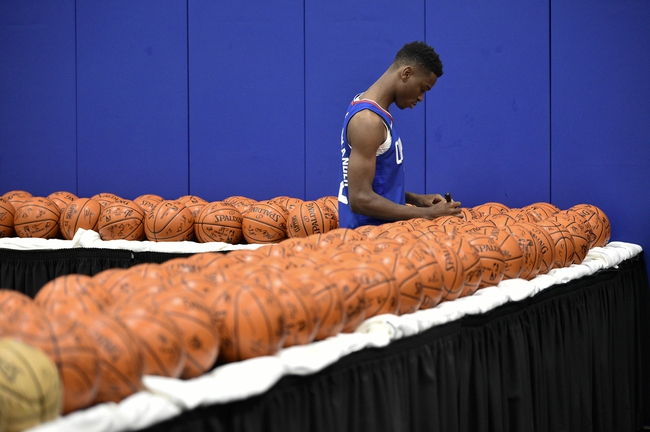 The new look Lakers take the floor Tuesday night against their in town rivals with a brand new look from the team than what fans saw in the 2018-19 season. The Lakers made a huge splash this off season by trading Lonzo Ball, Brandon Ingram, Josh Hart and three first round draft picks to the New Orleans Pelicans in exchange for Anthony Davis. The Lakers also signed well traveled big man, Dwight Howard as well as DeMarcus cousins.

What remains to be seen is if a team with so many a big egos can truly get along under the bright lights in Los Angeles. Davis, Howard and Cousins all join a team that already had Rajon Rondo and of course, LeBron James. The Lakers may not come into the season full strength though as Bradley Avery, Rajon Rondo and Kyle Kuzma are all listed day to day.

While the Lakers come into the year with a new look team, the Clippers aren’t exactly the same team as they were last year. The Clippers spent some money this off season singing former NBA champion Kawhi Leonard and trading with Oklahoma City for Paul George. The additions of  Leonard and George should already help a team that includes Montrezl Harrell and leading points scorer from last season Lou Williams.

The Clippers come into the season opener somewhat healthy. Paul George has been being evaluated all pre season long with a shoulder injury. The Clippers injury report also shows Rodney McGruder and Amir Coffey as day to day.

In a battle of two Los Angeles teams, there really is no visiting team since both teams play at the Staples Center as their home area, so there isn’t really a home court advantage. As for the game, I see the Lakers coming out with the victory in this one. Although the Clippers have the better defensive team, I don’t see them being able to stop the combination of James and Davis.  A Clippers win would even be more doubtful to me if Kuzma ends up playing as well. Final Score Prediction, Los Angeles Lakers win and cover 110-106.