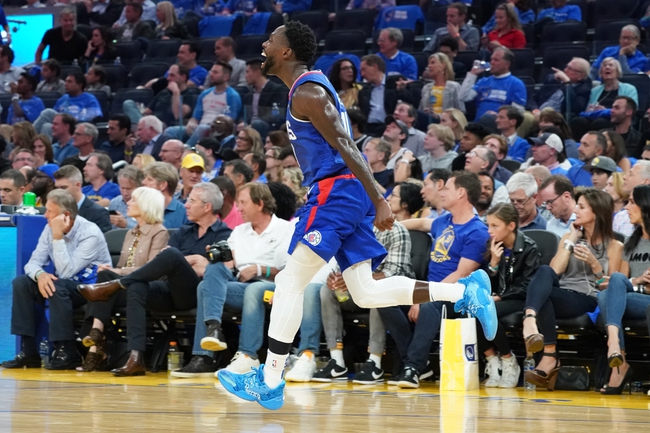 So how good are these Clippers? And how scary is it that one of their two superstars isn’t even playing yet? Watching this team seems to take the recent Golden State Warrior teams a step further -- the starting five is better than whoever they face, but the bench is almost as good as the starters. In short, there is never a time that it seems that the Clippers can’t extend a lead because they are so talented, so deep, and play so hard at all times.

And Paul George is coming.

That’s scary for any team who will face the Clippers whenever it is in November that PG13 makes his season debut. But for now, it’s the ultimate nightmare that it will be, but it is difficult to imagine ways that anyone will be able to break down LA. The Clippers can shoot, they can penetrate, they are powerful and deep in the middle, and the bench is the best in the game. When Kawhi Leonard goes out, Lou Williams comes in. Who wants to face that?

Clearly neither the Lakers nor the Warriors did. After LA handled the team it shares Staples Center with, it traveled to San Francisco and annihilated Golden State in its new digs at the Chase Center 141-122, and believe it or not, it wasn’t nearly that close. Leonard played just 21 minutes and scored 21 points with nine assists, while Williams came off the bench and scored a team-high 22 points with eight assists. Leonard and Williams combined for exactly zero turnovers.

Knocking off their vaunted Los Angeles neighbors as well as Golden State doesn’t give much hope for Phoenix despite its obvious improvements. The Suns opened the season with a blowout win over a Sacramento team that many thought were ready to make big advances this year. Phoenix started slow and trailed by five at the half, but exploded to outscore Sacramento 70-36 in the second half for the easy win.

This matchup really does come down to whether the Suns will be able to slow down LA’s varied and deep offensive attack. Allowing 59 to Sacramento in the first half at home isn’t the way to build trust. Take that fact, and combine it with the simple fact that the Suns are not as good as the Lakers, and the Lakers couldn’t stay within 8.5 points of the Clippers. The evidence doesn’t look good for Phoenix.