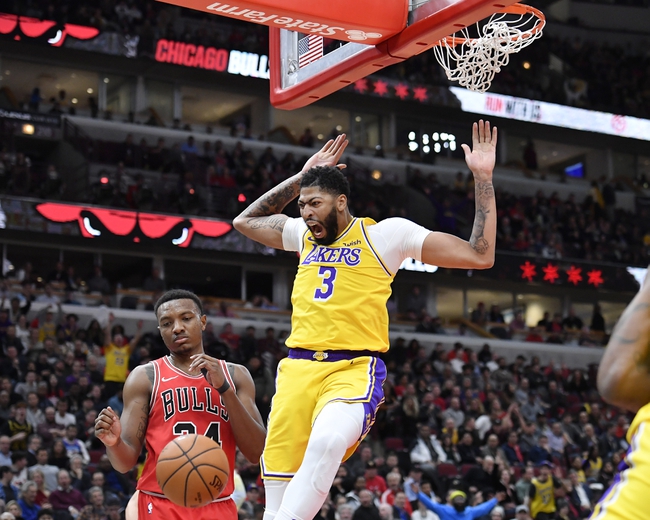 The Miami Heat are set to visit Staples Center in Los Angeles, California for a cross-conference clash against the Los Angeles Lakers. The Miami Heat come into this matchup with a 5-2 record, and they will be looking to rebound after dropping their recent road game against the Denver Nuggets, 109-89. Leading the way for the Miami Heat was their newly acquired star Jimmy Butler as he contributed 16 points, 7 rebounds, and 4 assists. Reserve forward Kelly Olynyk had a solid game off the bench for the Heat as he recorded 13 points and 7 rebounds.

The Miami Heat struggled at shooting the ball against the Denver Nuggets as they connected on 32 of their 88 field goal attempts (36.4%), and they were slightly worse from behind the three-point line (31%). The Miami Heat won the turnover battle against the Denver Nuggets (20-15), and they slightly edged out the Nuggets in the rebounding department (57-55).

The Los Angeles Lakers come into this matchup with a 6-1 record, and they will be looking to continue their success after winning their recent road game against the Chicago Bulls, 118-112. Leading the way for the Los Angeles Lakers was their all-star forward LeBron James as he recorded 30 points, 11 assists, and 10 rebounds. Backup PG Quinn Cook had a good game off the bench for the Lakers as he contributed 17 points.

The Los Angeles Lakers had a good shooting game against the Chicago Bulls as they connected on 45 of their 92 field goal attempts (48.9%), but they struggled from behind the three-point line (33.3%). The Los Angeles Lakers were even with the Chicago Bulls in the turnover battle (16-16), but they edged out the Bulls in the rebounding department (55-52).

The Los Angeles Lakers are currently the best team in the NBA which was to be expected after they added one of the best players in the NBA this offseason. The Miami Heat have been impressive, but it will be hard for them to steal this game as they will be on the back end of a back-to-back. The Los Angeles Lakers have been good on the defensive side of the court this season as they are holding their opponents to an average of 101.1 PPG, but they also possess a major mismatch with LeBron James and Anthony Davis. The Heat have received a ton of production from throughout their lineup, but they won’t have much success in shutting down the Los Angeles duo.