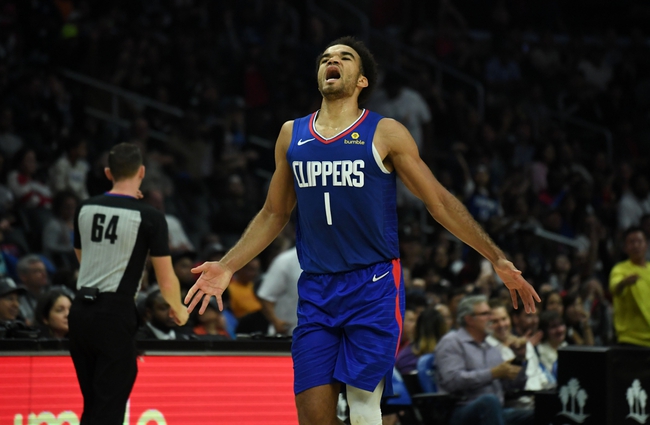 Which team seems to have the advantage? A team that is on the second game of a road trip against two of the best teams in the Western Conference, already taking one loss, or a team that is on the fourth game of a homestand, is finally healthy, and is coming off of a thrilling win against the best team in the East? The team on the road is Houston (11-4) and it will step into Staples Center on Friday night to face a Clippers (10-5) looking for revenge after the Rockets knocked them off in Houston just nine nights ago.

The Clippers are riding high after a short two-game losing streak that was started by Houston and followed by a 132-127 loss at New Orleans. Since that time, LA crushed Atlanta 150-101 without Kawhi Leonard and edged Oklahoma City 90-88, also without Leonard, before Leonard and Paul George finally played in their first game together in a 107-104 overtime thriller over Boston. The Clippers can now avenge their two losses on the previous road trip with a game against the Rockets on Friday and the Pelicans on Sunday, both at Staples Center.

The Clippers’ three-headed monster of Leonard, George, and returning Sixth Man of the Year Lou Williams was in effect on Wednesday against the Celtics with Williams leading his team with 27 points while George added 25 points and eight assists and Leonard scored 17 points with six rebounds. The attention on those three opened up Patrick Beverley, especially late in the game, and the defensive specialist scored 14 points with 16 rebounds on 4-of-7 shots from 3-point range.

Houston’s loss at Denver was its first in nine games after starting the season 3-3. In that eight-game win streak, the Rockets were winning by an average of 14.4 points per game. The key to Denver’s win over the Rockets was the fact that the Nuggets doubled James Harden every time he touched the ball. It was effective enough to slow Harden to just 27 points, which is his second-lowest output of the year. Rest assured that Doc Rivers has watched that tape and has put something similar together with his long, athletic defenders.

In addition to his 27 points, Harden added seven rebounds and seven assists in the loss, while Russell Westbrook added 25 points. Clint Capela scored 12 points to complete the Rockets’ double-digit scorers, but he also added 21 rebounds for his second consecutive game with 20-plus boards and fifth overall this season.

The pick for this game was foreshadowed in the first paragraph. One team just lost in a tough environment and is on the second game of a road trip while the other is coming off of its first game at near 100 percent (Landry Shamet is still out with his ankle sprain) while knocking off the best team in the Eastern Conference. The circumstances were different nine days ago, but these circumstances favor the Clippers. Watch for a lockdown on Harden and a convincing win for LA.