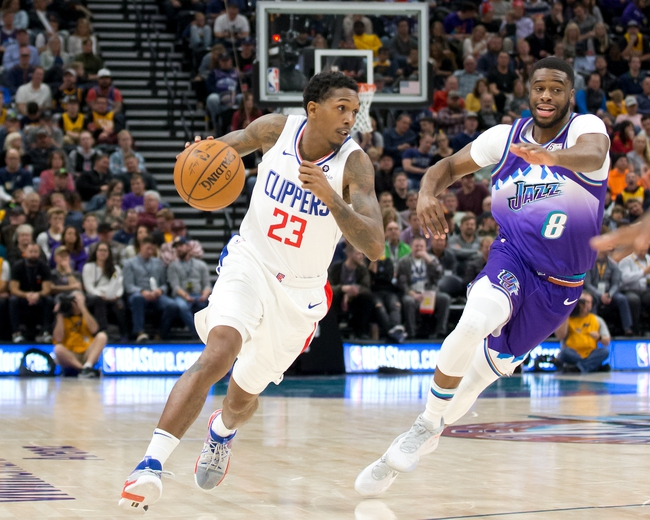 Utah (4-2) will look for another win over the Clippers (4-2) on Sunday night when LA hosts the Jazz at Staples Center four days after the Jazz earned a 110-96 win over a Kawhi Leonard-less Clippers squad in Utah on Wednesday night. The bad news for Utah is that the Clippers road game was a fairly even matchup -- save for the third quarter -- and Leonard will be back on Sunday night.

The Clippers have been as advertised this year, earning wins over the Lakers, Warriors, Hornets, and Spurs, along with a high-scoring loss to the surprising Phoenix Suns and the aforementioned loss to Utah. Remember, this team still does not have its second superstar acquisition Paul George available yet as well.

It comes as little surprise that the Clippers are being led by Leonard who is scoring 29.2 points in 29.8 minutes per game to go along with 7.6 rebounds and 6.2 assists per game. But the thing that makes the Clippers so good is that they don’t lose much when the bench comes on the court. Returning Sixth Man of the Year Lou Williams has been his typically strong self off the bench scoring 20.8 points per game while Montrezl Harrell is scoring 19.3 points with 5.5 rebounds per game.

That juxtaposition couldn’t be more evident than in the win over San Antonio. Leonard put up 38 points with 12 rebounds against his former team, but Harrell came off the bench for 24 points and Williams was lackluster by his standards with 12 points.

As expected, Utah has been similarly good. The Jazz hold wins over Oklahoma City, Sacramento, Phoenix, and the Clippers, with losses to the Lakers and Sacramento. Three different players have led the Jazz in scoring so far this year in six games, showing that while Donovan Mitchell might be the team’s leader in scoring, Utah doesn’t have to depend strictly on him. Mitchell is the team leader in scoring with 24.0 points per game, but Bojan Bogdanovic is averaging 20.4 points per game, while Mike Conley and Rudy Gobert are both also averaging double digits in scoring.

That balance was clearly shown in the loss to Sacramento on Friday. Those same four players scored in double figures, with Mitchell leading the way with 24 points and Gobert adding 15 points and 16 rebounds. However, what might be a problem for Utah against a Clippers team that is full strength (minus George) is that the Jazz only played four players off the bench against Sacramento and those four players only scored 20 points. The Clippers’ bench more than doubled that total in their recent win over the Spurs.

While Utah has gone under the total all six games so far this year, it is tough to imagine these two teams staying under the 211 when they combined for 206 in Utah without Leonard. But what does make sense is the Clippers have already defeated the Lakers and Spurs at Staples Center and have done so by an average of 8.0 points per game. That’s plenty more than the 4.5 they need to win by on Sunday. Take Leonard and Clippers to win by five or more.