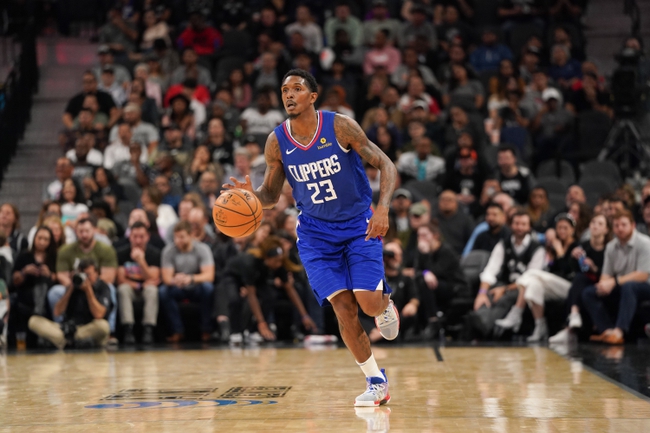 The LA Clippers (14-6) return to Staples Center where they are 11-1 this season in hopes of rebounding from a loss Friday night in a Sunday evening game against the Washington Wizards (6-11), a team that is just 3-7 on the road this year. The game features two of the top offenses in the NBA, with Washington entering the game ranked No. 2 in the league scoring 118.5 points per game and the Clippers checking in at eighth scoring 113.7 points per game.

The Clippers had been playing great basketball, winning seven in a row heading into Friday night’s game at San Antonio, but the Clippers’ big three scorers of Kawhi Leonard, Paul George, and Lou Williams all went ice cold with Leonard hitting 8-of-23 shots from the field for 19 points, George connecting on just 2-of-11 shots for five points, and Williams making only two of his 10 shots for seven points. It was the likes of Jamychal Green with 16 points, Montrezl Harrell with 12 points, and Patrick Beverley with 10 points joining Leonard to lead LA in scoring.

That game was played in stark contrast with the Clippers’ previous seven-game win streak that featured wins over Oklahoma City, Boston, Houston, New Orleans, and Dallas, as well as a 150-101 demolishing of Atlanta. However, the Clippers have won seven in a row at home with the lone home loss on the season coming in a 129-124 defeat against Milwaukee. The Clippers do maintain a top-10 defense in the NBA, allowing 107.5 points per game, but that improves to sixth in the league in home games allowing just 102.3 points per game at Staples Center.

Things haven’t been as successful for the Wizards. Washington has lost three of its last four and will complete a four-game road trip in Los Angeles on Sunday night. Of the Wizards’ seven road losses this season, only three have been by double digits, but the two losses on the current road trip were by 13 points to Denver and 22 points to the Lakers.

Beal was his team’s leading scorer in the Wizards’ most recent game against the Lakers, but he was held to his third-lowest scoring game this season with 18 points but he did add nine assists. Hachimura added 16 points with eight rebounds, Ish Smith and Jordan McRae scored 13 points apiece, and Thomas scored 10 points in the loss.